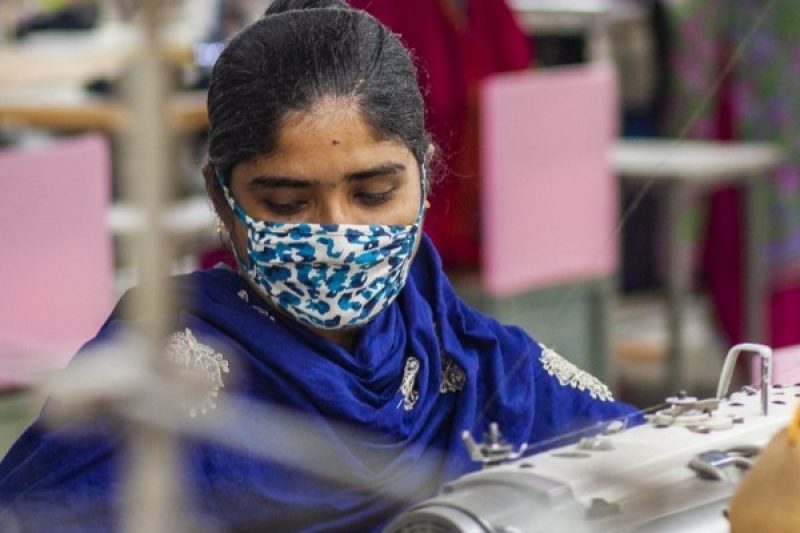 How the pandemic exposes power imbalances in global supply chains

Trade isn’t all about tariffs or taxes, as COVID-19 has shown.
From fresh produce to toilet paper to bicycles, the pandemic has disrupted the complex supply networks that crisscross the globe. And with that disruption, the virus has revealed the delicacy of many of these links, and how tenuous the world’s worst-off are within these global arrangements.

Garment factories in Bangladesh, Myanmar, and Cambodia have all experienced cancellations of orders. In total, U.S. and European fashion companies have refused to pay overseas suppliers over $16 billion in global goods, affecting millions of workers.

For lower-income countries that rely heavily on tourism, a similar story unfolded. Pandemic lockdowns started, cancellations ensued, and the many that work in parks, safaris, and heritage sites — often in more remote areas with few employment prospects — lost jobs and essential income.

Of course, COVID-19 is a disaster of massive proportions, with most if not all people and institutions diminished in one way or another. Should we expect that global value chains, or GVCs, which have driven international trade and spurred economic development in some low-income countries, be more resilient?

1 Overcoming challenges
For the world’s lowest-income nations, becoming a link in a global “chain” of production can help to boost economies. But for businesses in these countries, there are hurdles to overcome from customs and transportation to infrastructure and certification requirements. But, following that, there is promise.

In Germany, voluntary monitoring of supply chain abuses ‘has failed’

The country is under pressure to introduce compulsory regulations.

According to the World Bank’s “World Development Report 2020,” a 1% increase in GVC participation boosts per capita income by over 1%. But, the report notes that GVCs are at a “crossroads,” with growth leveled off since 2008 with GVCs at 52% of trade.

Take Bangladesh, the country doubled its world market share of exports between 1995 and 2012, with much of the growth attributed to its garments industry being integrated into GVCs. Key to the country’s success were government incentives, flexible labor arrangements, and very little taxation. Yet during the pandemic, according to the Center for Global Workers Rights, over 1 million workers have been fired as a result of canceled orders and buyers’ refusal to pay.

Can GVCs be re-centered so the world’s worst-off in countries like Bangladesh aren’t the first to bear the brunt of shocks?

2 Taking the lead
The services sector of GVCs is linked with the highest gross domestic product growth. Job gains in this sector are offsetting losses in manufacturing. Countries have responded, by, for instance working to develop tourism industries or IT sectors. For years, Cabo Verde had been positioning itself as an island idyll, now it is at a crossroads amid the pandemic-induced global travel restrictions. What did the country do? It’s paying idle workers in the tourism sector 70% of their income until the end of this year.

With the exponential development of the global need for now-digital connectivity, there is space for low- and middle-income countries to spearhead new models for themselves, while maintaining efforts that have had success.

In Myanmar, the government swiftly responded to the increased need for digital commerce. In Tanzania, the tourist board and wildlife conservation authorities live-streamed the great wildebeest migration. In Samoa, Women In Business Development used the Maua app, the country’s first e-commerce platform, to create an online market where farmers and small businesses have been selling their products during lockdowns.

3 Recommendations
Setting aside the integral roles of importers, industry, donors, and multilaterals, what can low-income countries do themselves to work toward some control?

Countries need to take advantage of strengths and build resilience against shocks. Ethiopia’s coffee sector is using its close ties with diverse coffee markets in the EU, the U.K., and Saudi Arabia to weather the global coffee crisis. Schemes that guarantee a minimum price for farmers and coffee producers, or salaries for garment workers and tourist guides, are more important now than ever.

With strong and transparent institutions, countries can better navigate the complex dynamics of GVCs, and hopefully dictate their own terms. Governments could review their foreign direct investment strategies by looking at the exporting sectors that have been attracting investment. Rwanda is now providing a preferential tax rate for investors that undertake to work with a host of different energy sources to position the country’s investments beyond the pandemic.

Complex customs rules, regulations against foreign companies, export restraints — countries can address these so they’re not at a disadvantage from the start. Initiatives such as the Enhanced Integrated Framework at the World Trade Organization have been working with countries to assess the barriers and work to put improvements into action.

The internet was already facilitating GVCs, but many countries will still need to overcome their many challenges of infrastructure, of skills, of systems, of policy.

With trade, no country can work in a silo. EIF has been leading a #PowerUpTrade campaign together with the lowest-income countries, highlighting how people who work along value chains are being impacted by COVID-19.

The pandemic is showing us that the poorest countries continue to be the most vulnerable, and while they can do a lot on their own, they also can’t do it alone.