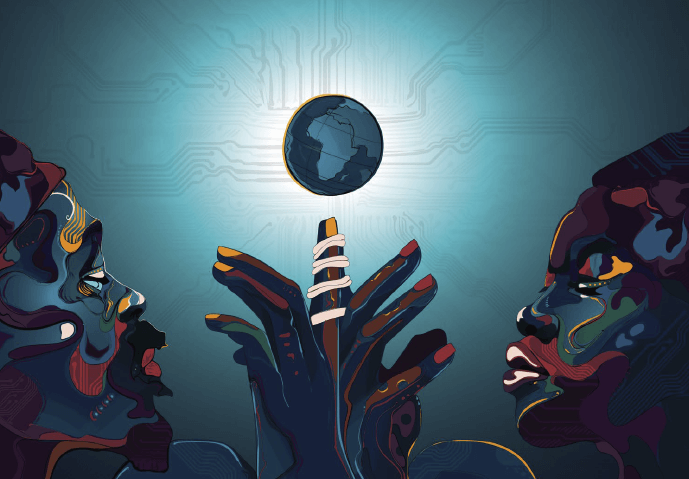 Growing ‘connectivity canyon’ emerging between the hyperconnected and the ‘digitally destitute’, with more than one third of humanity still totally offline.

The immense potential of the Internet for social and economic good remains largely untapped despite 30 years of steady growth, according to a new report from the International Telecommunication Union (ITU), the United Nations specialized agency for information and communication technologies.

Launched to coincide with the opening of ITU’s World Telecommunication Development Conference in Kigali, Rwanda, the Global Connectivity Report 2022 argues that while easy, affordable access to fast broadband is near-ubiquitous in most rich-world nations, vast swaths of humanity remain excluded from the immense possibilities offered by the online experience, stunting economic development and deepening global inequalities.

While the number of Internet users surged from a just a few million in the early 1990s to almost five billion today, 2.9 billion people – or around one third of humanity – still remain totally offline, and many hundreds of millions more struggle with expensive, poor-quality access that does little to materially improve their lives.

The report advocates for putting ‘universal and meaningful connectivity’ – defined as the possibility of a safe, satisfying, enriching, productive, and affordable online experience for everyone – at the centre of global development. It also evaluates how close the world is to achieving that universal and meaningful connectivity, using the connectivity targets for 2030 recently released by ITU and the Office of the UN Secretary-General’s Envoy on Technology.

The cost of broadband subscriptions and digital devices remains a major barrier to connectivity, the report confirms. While Internet access has become progressively cheaper in richer countries, getting online is still prohibitively expensive in many in low- and lower-middle-income economies.

And although the cost of broadband – especially mobile broadband – has fallen significantly over the past decade, the majority of low- and middle-income economies still fall short of the global affordability target of 2% or less of gross national income per capita set by the Broadband Commission for Sustainable Development.

“Equitable access to digital technologies isn’t just a moral responsibility, it’s essential for global prosperity and sustainability,” said ITU Secretary-General Houlin Zhao. “We need to create the right conditions, including promoting environments conducive to investment, to break cycles of exclusion and bring digital transformation to all.”​

While the COVID-related surge in demand for Internet access brought some 800 million additional people online, it also dramatically increased the cost of digital exclusion, with those unable to connect abruptly shut out of employment, schooling, access to health advice, financial services, and much more.

“Universal, meaningful connectivity has become the global imperative for our decade,” said Doreen Bogdan-Martin, Director of ITU’s Telecommunication Development Bureau, which produced the report. “It’s no longer just about linking people – the catalytic role of connectivity will also be absolutely critical to our success in achieving the UN Sustainable Development Goals.”

Still looking for the ‘missing link’

‘The Missing Link’ report, published in 1984 by the Independent Commission for World-Wide Telecommunications Development set up by ITU , identified a clear correlation between access to telecommunications and socio-economic development and urged all countries to make connectivity a priority.

Nearly 40 years on, that ‘missing link’ still persists, but has morphed to multiple digital divides:

The report notes that the biggest challenges in connecting the unconnected are no longer related to network coverage, but rather to uptake and use.

With just 5% of the global population still physically out of reach of a mobile broadband signal, the ‘coverage gap’ is now dwarfed by the ‘usage gap’: some 32% of people who are within range of a mobile broadband network and could theoretically connect still remain offline, due to prohibitive costs, lack of access to a device, or lack of awareness, skills, or ability to find useful content.

While young people are enthusiastic users of online platforms and services in all parts of the world, gaping divides between and within countries limit the ability of many young people to harness the online world to improve their lives.

Only 40% of school-age children have home access to the Internet, with many only able to access online services via a mobile phone with limited functionality for activities like e-learning.

As the digital environment becomes more complex, children and youth also need greater competence to critically understand the digital world in which they are increasingly immersed. Access and digital skills are key to ensuring that children and youth enhance their prospects, and there is growing recognition that all stakeholders need to collaborate more effectively to protect youth from online risks and harm.

Issues directly affecting young people’s digital access and experience were debated at ITU’s first-ever Generation Connect Global Youth Summit, which took place in Kigali, Rwanda, from 2-4 June, just ahead of the opening of the WTDC.

Selected sessions, including the press conference launching the Global Connectivity Report, the WTDC opening and closing ceremonies, the Partner2Connect Roundtable sessions will be webcast and can be viewed here.​