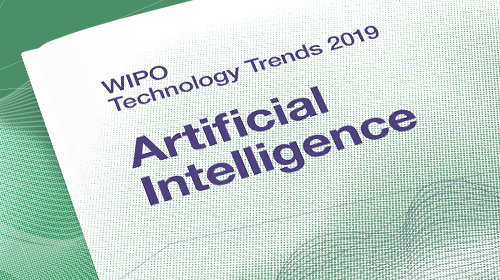 A new WIPO flagship study has documented a massive recent surge in artificial intelligence-based inventions, with U.S.-based companies IBM and Microsoft leading the pack as AI has moved from the theoretical realm toward the global marketplace in recent years.

This inaugural Technology Trends report provides a common information base on AI for policy and decision makers in government and business, as well as concerned citizens across the globe, who are grappling with the ramifications of a new technology that promises to upend many areas of economic, social and cultural activity.

“Patenting activity in the artificial intelligence realm is rising at a rapid pace, meaning we can expect a very significant number of new AI-based products, applications and techniques that will alter our daily lives – and also shape future human interaction with the machines we created,” said WIPO Director General Francis Gurry.

“AI’s ramifications for the future of human development are profound. The first step in maximizing the widespread benefit of AI, while addressing ethical, legal and regulatory challenges, is to create a common factual basis for understanding of artificial intelligence. In unveiling the first in our “WIPO Technology Trends” series, WIPO is pleased to contribute evidence-based projections, thereby informing global policymaking on the future of AI, its governance and the IP framework that supports it,” said Mr. Gurry.

Among the study’s findings:

The report benefits from expert commentary by leaders from across the AI field.