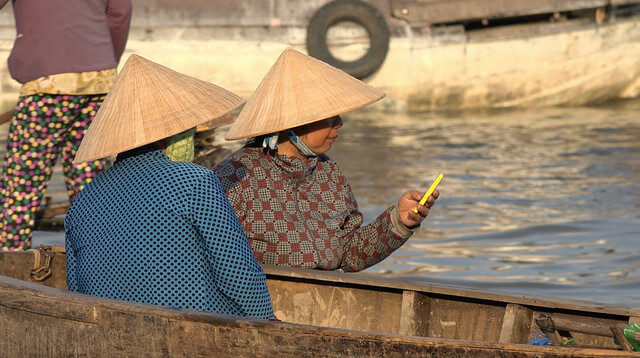 · The 27th World Economic Forum on ASEAN came to a close on Thursday, having attracted a record number of participants and heads of state to the host city of Ha Noi in Viet Nam

· Participants discussed how ASEAN could cope with the Fourth Industrial Revolution, creating jobs and economic growth through education, entrepreneurship and infrastructure investments

· Meetings were held and pledges made on Digital ASEAN, Partnerships against Malaria, the Grow Asia Forum, and many new initiatives and reports

· For more information about the meeting: https://wef.ch/asean18

Ha Noi, Viet Nam, 13 September 2018 – The World Economic Forum on ASEAN came to a close today, gathering a record number of participants (more than 1,100) and heads of state (8). Participants looked at how the ASEAN region can best deal with the impact of the Fourth Industrial Revolution, creating economic growth that is sustainable, inclusive and creates enough jobs.

Participants agreed the World Economic Forum on ASEAN in the Vietnamese capital had been characterized by pertinent discussion on critical regional issues. “We have had deep, substantial and hopefully consequential discussions on ASEAN’s future,” noted Børge Brende, President; Member of the Managing Board, World Economic Forum.

Co-Chairs of the three-day meeting emphasized the quality of dialogue that took place, and an overarching sense of optimism about the opportunities ahead. “Overall I am feeling very optimistic that ASEAN is going to take the bull by the horns, so to speak,” observed Nazir Razak, Chairman, CIMB Group Holdings, Malaysia, “I think the World Economic Forum has made a difference to ASEAN. ASEAN does recognize the 4.0 challenge and I am optimistic about what the ASEAN secretariat will do now going forward.”

Referring to the theme of the event, ASEAN 4.0: Entrepreneurship and the Fourth Industrial Revolution, Razak said he hopes the regional bloc could collaborate further to capitalize on the gains of rapid technological change and digital growth by achieving the free movement of talent, data, capital and education, across the borders of ASEAN’s 10 members.

Occurring at a time when the regional geopolitical dynamic is underscored by rising trade tensions between the United States and China, participants agreed that ASEAN nations are well placed to bolster the region from external shocks, particularly through ramping up intra-ASEAN trade.

“For all the talk of trade conflict,” observed Kevin Sneader, Global Managing Partner, McKinsey & Company, Hong Kong SAR, China, “I do still sense from the conversations I have had here, and also observing where we are, that the underlying fundamentals of this part of the world remain solid. And therefore while there may be turbulence in the near term, we should expect, and can believe in a very positive future for ASEAN and beyond.”

Envisioning a future defined by the Fourth Industrial Revolution, Nguyen Manh Hung, Acting Minister of Information and Communications of Viet Nam, stressed the need for “smart governance” and the willingness of governments, businesses and societies to collectively adapt to rapid technological change.

“Technology can change very fast but the people, governments cannot change so fast and this will be our biggest challenge. So what do we need to do?” he asked. “We have to train people so they are adept at change, not only technological training, but soft skills too. I think the Fourth Industrial Revolution is more about a mindset revolution.”

Given disparate levels of development and the potential for rapid development to leave some sectors of society behind, Anne-Birgitte Albrectsen, Chief Executive Officer, Plan International, United Kingdom, reiterated the importance of equitable development and inclusion.

“There is no doubt that there is tremendous opportunity in the Fourth Industrial Revolution. What I would hope is that we can take some lessons from other revolutions because there were some very, very significant losers that got left out,” remarked Albrectsen, “We can learn from that and make sure that the social inclusion that is needed – and bringing everyone along – is a lot faster, and we need public policy to ensure we get that inclusion.”

One cause for great optimism, she elaborated, is ASEAN’s “phenomenal investment in education”, and one that should translate into greater gender equity in the region’s future workforce. “As education has become more and more inclusive, as girls are superseding boys in attaining high levels of education, the economies are still not taking full advantage of that really fantastic resource: well-educated young women in their workforce.”

Reflecting on the goals of ASEAN, in the past three days, the meeting has produced numerous notable outcomes.

The Asia Pacific Leaders Malaria Alliance (APLMA) announced support for two new initiatives to accelerate the elimination of malaria and improve health outcomes in the Asia Pacific region. The two initiatives are Blended Finance for Impact and M2030.

Digital ASEAN, one of the World Economic Forum’s flagship initiatives in South-East Asia, held two workshops during the meeting, convening 90 government ministers, business leaders and policy-makers to set the goals for the year ahead. The initiative has five task forces focused on: harmonizing data policy and governance rules in ASEAN; upgrading broadband access, quality and speed; developing digital skills; improving cooperation for cybersecurity; and building a pan-regional e-payments ecosystem. Each task force now has a clear roadmap of goals to be achieved in the coming 12 months.

– Among the first to make a digital skills pledge under the Forum Digital ASEAN project, Google announced it is deepening its commitment to train 3 million SME workers across all 10 countries in South-East Asia in digital skills by 2020

– Prime Minister Nguyen Xuan Phuc and the Acting Minister of Information and Communications of Viet Nam built strong momentum for a “Flat ASEAN” by calling for abolition of international roaming charges imposed on ASEAN citizens when travelling within the region, and establishment of a regional ICT University to train a skilled workforce for the Fourth Industrial Revolution, as well as a Cybersecurity Information Sharing and Analysis Centre to ensure that all citizens and systems can be safely connected on the internet.

Young Global Leaders in ASEAN expressed a common goal of enhancing digital citizenship and online safety among children in the region. They decided to work together on #DQEveryChild, a strategic global movement to empower 8-12 year olds with comprehensive digital citizenship skills from the start of their digital lives and help them become informed and discerning users of digital media and technology. More information at https://www.dqinstitute.org/

Meetings and sessions held at the Forum on ASEAN included:

More than 170 senior leaders and decision-makers in the agriculture industry gathered at the Grow Asia Forum 2018 to agree strategies for transforming agriculture and food systems in the region anchored on public-private policy dialogue and Fourth Industrial Revolution technologies. Grow Asia’s network includes more than 480 partners operating across 37 value-chain projects in five countries, delivering farmers’ income increases of over 20% to approximately 690,000 smallholder farmers.

A New Vision for the Mekong Region

Heads of state of across the Mekong region unanimously reiterated a vision of the vital waterway or economic “bloodline” and one that prioritizes complementarity over competition. The leaders of Viet Nam, Cambodia, Lao PDR, Thailand and Myanmar affirmed their commitment to shared prosperity and peace. Read more here

Plenary on the Fourth Industrial Revolution

In the opening plenary of the meeting, heads of state from Viet Nam, Singapore, Indonesia, Cambodia, Myanmar and Lao PDR spoke about the transformative technological potential of the Fourth Industrial Revolution. “The opportunities brought about by the Fourth Industrial Revolution are indeed enormous,” noted Nguyen Xuan Phuc, Prime Minister of Viet Nam. “The start-up atmosphere is truly permeating throughout ASEAN.” Read more statements here

Aung San Suu Kyi, State Counsellor of Myanmar, in a one-on-one conversation with World Economic Forum President Børge Brende talked about her country’s economic agenda, the situation in the Rakhine State, and the recent sentencing of journalists in her country. Read more here

Government and business leaders at the World Economic Forum on ASEAN said they remain optimistic about the region’s economic outlook despite threats of an escalation in the US-China trade war, rising interest rates and fear of emerging countries’ currency contagion. Read more here.

Reports and surveys launched at the Forum on ASEAN included:

A survey of 64,000 ASEAN citizens, launched in Ha Noi, showed strong optimism around the region that technology will improve incomes and job prospects. Results showed significant regional variance, with youth in Indonesia and Philippines notably more optimistic than counterparts in Singapore and Thailand. Read more

Distributed ledger technologies – of which blockchain is the best known form – could play a major role in reducing the worldwide trade finance gap, enabling trade that otherwise could not take place, a new study released in Ha Noi by the World Economic Forum and Bain & Company found. The technology’s effects would be largest in emerging markets and for small and medium-sized enterprises (SMEs).