What is a satellite-connected smartphone – and how can it help bridge the digital divide?

It’s a familiar and frustrating feeling: you need to make an urgent call or get online, but your smartphone has no bars.

For some of us, connecting via satellite could soon be the answer.

Phone companies are racing to bring us products that will let us use a satellite connection when we’re out of reach of Wi-Fi and cellular networks.

Only an estimated 15% of the world’s surface is covered by cellular networks, according to satellite communications company Iridium.

Reaching beyond the phone networks

Bouncing phone signals off a satellite orbiting the Earth could – in theory – make coverage almost universal.

Explorers and the military have used satellite phones for years because the technology lets them make calls and send texts from the most remote places on the planet.

But the devices have traditionally been seen as a specialist kit for people venturing beyond the places phone networks cover.

UK-based smartphone maker Bullitt is to launch a messaging service for its devices which will switch to satellite networks if there is no cellular or Wifi signal.

Users will initially only be able to send texts by satellite. The person receiving the message gets a simple SMS and can respond if they download the Bullitt app. 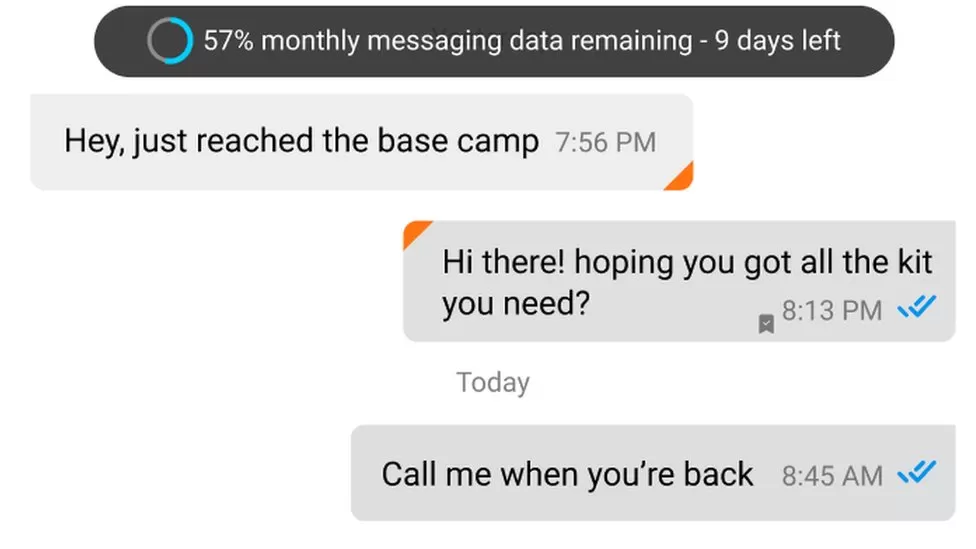 An example of how texts could be sent via satellite. Image: Bullitt/BBC News

Receiving and replying to the messages is free, but the Bullitt phone owner will need to pay a service charge to connect by satellite.

Bullitt hasn’t yet revealed the cost but says charges will be similar to standard mobile tariffs and paid as an extra on a network contract, reports the BBC.

The service will be launched in February 2023.

Meanwhile, SpaceX and the wireless carrier T-Mobile say they will use low Earth orbit (LEO) satellites to allow text messaging across the US.

They say the service will connect most smartphones on the T-Mobile network to SpaceX’s Starlink satellites.

Apple has also joined the space race. The newly launched iPhone 14 allows users to message the emergency services by satellite when there is no Wifi or cellular coverage.

In an emergency, the iPhone poses a series of questions to establish the nature of the SOS before connecting. 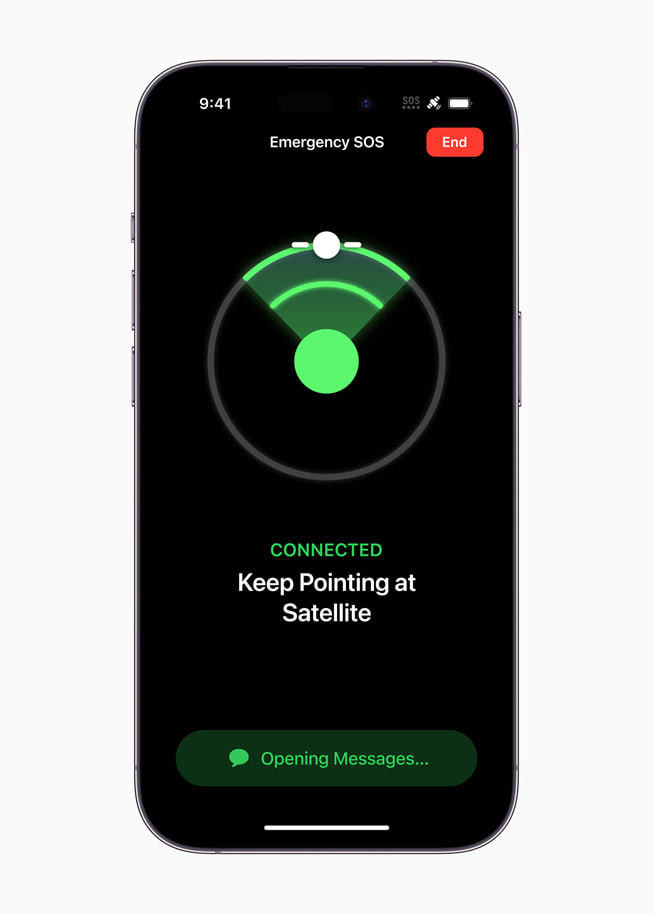 Satellites are moving targets so can be hard for phones to connect to. Image: Apple.

That process is designed to avoid delays, according to Apple: “Satellites are moving targets with low bandwidth, and it can take minutes for messages to get through”.

The iPhone will tell users where to point their phones to connect them to a satellite. The messages then go to a centre where trained specialists will call for help.

The service is only available in the US and Canada from November, and will be free for two years.

These include the cost of building and launching communications satellites, the speed at which they orbit the Earth and the complexities of offering more than a basic text service.

While the technology has its limits now, it has the potential to end “not spots” – the dead zones where it has been too expensive or difficult to put up phone masts.

The LEO satellites that phone companies are planning to use could also help communities which aren’t connected to the internet.

The satellites orbit relatively close to the Earth’s surface, at about 2,000km. They operate as a network to provide internet coverage on the ground.

About 2.9 billion people – 37% of the world’s population – are offline or not connected to the internet, according to the Edison Alliance, a World Economic Forum initiative to improve digital inclusion. “For those living in rural or remote areas, advancements in satellite technology can complement existing terrestrial infrastructure in order to bring these individuals online and into the digital economy,” says Lisa Meng, Head of the EDISON Alliance.

The digital divide deprives people of employment opportunities and stops them from using online education and health services.

Rural and remote parts of the world are the worst affected, even in some wealthier countries.

The Alliance has launched a Digital Inclusion Navigator to share the best ideas for connecting people to the internet.

It’s part of the 1 Billion Lives Challenge, which aims to accelerate the delivery of affordable digital services to underserved communities.

This article is part of:Shaping the Future of Digital Economy and New Value Creation