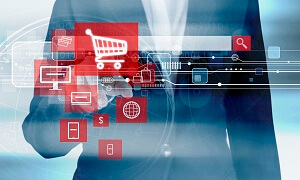 UNECE is actively supporting the trading community to gain the maximum benefits from the e-trade revolution. Through its participation in the UNCTAD e-Commerce week 2018 from 16-20 April, UNECE highlighted that enabling digital technologies for greater e-trade requires a cohesive approach by policy makers that addresses trade facilitation reforms.

Digitalization of trade has evolved over the last decades. Global business-to-consumer e-trade accounted for an estimated US $1.2 trillion, while the global business-to-business e-trade exceeded US $15 trillion in 2013. New technologies are engulfing international trade both in the developed and developing countries. Artificial Intelligence (AI), Internet of Things (IoT) or transformative technologies like Blockchain are now ‘buzzwords’ for e-trade. The digital technologies bring about efficiency in trade transactions including payment and regulatory processes (for example goods clearance or e-consignment notes – eCMR) and potentially reduction of trade costs. However, these benefits are not automatic.

Against this backdrop, experts during the sessions organized by UNECE jointly with United Nations Conference on Trade and Development (UNCTAD) and International Trade Centre (ITC) titled ‘Fostering effective trade logistics in a digital world’ highlighted that these technologies need interoperable standards. Ms. Ivonne Higuero, Director, Economic Cooperation and Trade Division of UNECE said, “If businesses speak the same language with respect to these nuts-and-bolts issues, it is much easier for them to engage in e-commerce”.  In addition, simpler and appropriate regulations need to complement these technological developments. For the micro, small and medium enterprises (MSME) it is even more challenging to embrace e-trade due to lack of access to regulatory and commercial services in addition to operational constraints.

A host of technical standards for e-business and policy recommendations are already available and are in development. For example, the UN Centre for Trade Facilitation and Electronic Business (UN/CEFACT), housed at UNECE, developed a recommendation and guidelines on establishing a Single Window, which has been used by many countries to establish Single Window. Another UN/CEFACT project titled ‘Integrated Services for MSMEs in International Trade’ facilitates the participation of MSMEs in international trade by bringing together the service providers in a digital platform.

Furthermore, UNECE is also attempting to identify how to use cutting-edge technologies such as Blockchain for trade facilitation. Through a white paper, it is also examining how this technology could be applied to the UN/CEFACT technical standards. Experts at a session on Blockchain for trade facilitation during the e-Commerce week, presented a few cases where blockchain proved successful. They included invoice financing, access to energy and food distribution to refugees.