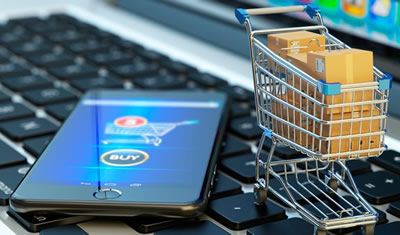 Mauritius has been ranked the most prepared country in Africa for shopping online, according to UNCTAD’s Business-to-Consumer (B2C) E-commerce Index for 2018, released at the Africa eCommerce Week in Nairobi, Kenya, on 10 December.

Forty-three African countries feature in the 151-nation index but make up as many as nine of the bottom ten. First-ranked Mauritius placed 55 in the global index, which is topped by the Netherlands, Singapore and Switzerland.

“Africa trails behind the rest of the world in its preparedness to engage in and benefit from the digital economy. Three-quarters of the African population have yet to start using the Internet,” UNCTAD Secretary-General Mukhisa Kituyi said.

“However, the continent is showing progress in key indicators related to B2C e-commerce. Since 2014, sub-Saharan Africa has surpassed world growth on three out of the four indicators used in the index,” he added.

“We estimate that there was at least 21 million online shoppers in Africa last year, less than 2% of the world total, with three countries – Nigeria, South Africa and Kenya – accounting for almost half. Nevertheless, the number of African online shoppers has surged annually by 18% since 2014, faster than the world average growth rate of 12%.”

The top three African countries in the index each has a distinctive strength in one of the four areas measured by the index which not only counts numbers of online shoppers but measures ease of payment and delivery.

Mauritius has a considerable 12-point higher score than the next African country. This small island developing nation scores relatively high in all four areas but particularly in the share of the population having a bank or mobile money account (90%).

Nigeria, the most populous African nation, ranks second, largely thanks to a significant increase in postal reliability as measured by the Universal Postal Union (UPU). As Africa’s largest B2C e-commerce market (regarding both number of shoppers and revenue), reliable delivery of products is critical.

South Africa is third, level with several other African countries – Cabo Verde, Gabon, Mauritius and Morocco – for its Internet penetration, with around six in ten inhabitants using the Internet in 2017. South Africa leads by some margin in the number of secure Internet servers per one million people – an indication of websites accepting online sales and payments.

While African countries need to boost Internet penetration to grow e-commerce, many also have to get more of its existing Internet users to trust the online market for making purchases. Unlike developed markets, such as in the European Union, where 68% of Internet users made an online purchase in 2017, the corresponding figure in Africa was only 13% on average in 2017.

While the B2C E-commerce Index correlates with the proportion of online shoppers for the world as a whole, in Africa this relationship is more tenuous as other factors than those captured by the index may be at play.

The main reason some countries score relatively low on the index (relative to their online shopping rank) is their low scores in the UPU postal reliability index.

Similarly, having a bank or mobile money account may not be as important as it is in other developing or developed regions since cash-on-delivery is the dominant mode of payment for e-commerce in Africa.

UNCTAD supports the ability of African countries to engage in and benefit from e-commerce through its Rapid eTrade Readiness Assessments of least developed countries. These reports identify bottlenecks and propose remedies and, as of December 2018, assessments in Africa have been completed for Burkina Faso, Liberia, Madagascar, Senegal, Togo, Uganda and Zambia.

The 2018 UNCTAD B2C e-Commerce Index was launched at the first Africa eCommerce Week in Nairobi, Kenya, from 10–14 December. Co-organized by UNCTAD, the African Union and the European Union, it is hosted by the Government of Kenya and held in collaboration with partners of the eTrade for all initiative.

Under the theme Empowering African Economies in the Digital Era, the Africa eCommerce Week will examine ways to enhance the ability of African countries to engage in and benefit from e-commerce and the evolving digital economy.