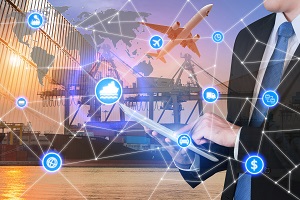 The third United Nations Global Survey on Digital and Sustainable Trade Facilitation 2019 has been launched by UNECE and its four counterpart United Nations Regional Commissions (UNRCs) across the globe. The Survey helps to track countries’ progress on a range of measures to make trade more efficient and sustainable and provides a key basis for informed policy making in this area.

Based on the results of the 2017 Survey, the 36 participating UNECE member States achieved a 69% average implementation rate of trade facilitation measures, well above the global 60% average score for the 120-participating countries. The survey is considered a key tool for WTO members to assess their performance in the implementation of the Trade Facilitation Agreement (TFA). The results, as evident from the UNECE Regional Report 2017, show that countries of the region are steadily progressing towards fuller implementation of TFA provisions.

In times of evolving digital transformations, digital measures contribute significantly to national competitiveness for international trade.  To capture such trends, the survey also covers more advanced measures for paperless trade, which go beyond the scope of the TFA. And to strengthen the link with key trade-related targets of the Sustainable Development Goals (SDGs), the survey sections on Small and Medium-sized Enterprises (SMEs), Agriculture, Women in Trade Facilitation and Trade Finance have been expanded. Higher responses on these areas will enable countries to assess their performance on trade facilitation for inclusive economic growth.

The Survey will lead to the production of a Global Report and five Regional Reports, as well as new data entry for the Interactive Database of the Global Survey, which allows the generation of regional, sub-regional and national reports aimed at providing insightful information for policy makers, to harness trade as a key means of implementation of the 2030 Agenda for Sustainable Development. It is envisaged that the preliminary findings of the Survey will be presented at the WTO Aid for Trade Global Review, in Geneva on 3-5 July 2019.

The survey, previously known as the Global Survey on Trade Facilitation and Paperless Trade Implementation, has been successfully conducted by the UNRCs with support from other UN agencies and international and regional organizations in 2015 and 2017. For several years, this initiative has been a highlight of the Joint UNRC Approach to Trade Facilitation.

The 2019 Survey is available online in English. The French and Russian versions are also available on request by email. Stakeholders involved in trade facilitation are encouraged to complete the survey by 1 March 2019, and to share the survey with relevant experts.