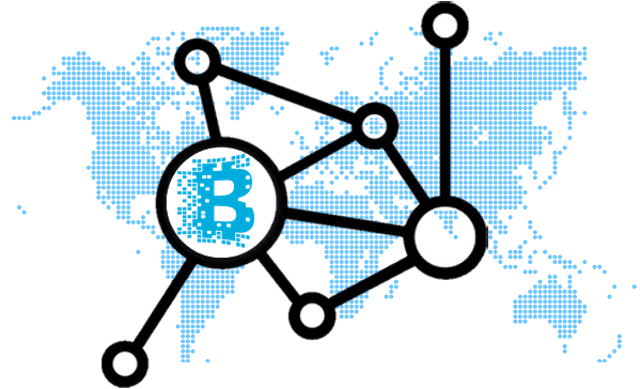 Look Who Is Riding the Blockchain Hype Train

A blockchain is basically a special kind of database. They are inherently inefficient compared to a traditional database, but that is viewed as a sacrifice to gain security, transparency, censorship resistance, and even exciting things like giving users the ability to even own their own data.

Private blockchains do not offer these benefits, or at least not as clearly as public chains. They basically perform the same function as a standard database, with the exception of sharing ownership amongst the entities in power.

A lot of organizations in the global development space are using private blockchains to ride the hype train when a centralized solution can do the same thing, but better.

Is that a real blockchain use case?

For example, when I heard about the World Food Programme piloting blockchain, I was really excited. They make claims like:

The blockchain is a digital ledger technology used as a trusted way to track the ownership of assets without the need for a central authority, which could speed up transactions while lowering the chance of fraud or data mismanagement.
–World Food Programme

After looking into the Building Blocks project and learning that it is a private chain that utilizes Proof-of-Authority, I can’t help but ask, why not just use standard tools from Amazon Web Services that will be cheaper, easier, and much more efficient?

There is no magic dust here, and if authority notes are going to comprise of people that the WFP controls or has the influence of, there seems to be no difference functionally relating to security.

The authority itself is centralized and there’s no real reduction in fraud or data management unless the WFP is giving authority to other entities they have no power over, and even then, is it really worth it?

I am remarkably skeptical when organizations describe benefits of a public blockchain to describe their privately held solution. They go on to say things like:

As of January 2018, more than 100,000 people residing in camps redeem their WFP-provided assistance through the blockchain-based system. Thanks to the technology, WFP has a full, in-house record of every transaction that occurs at that retailer, ensuring greater security and privacy for the Syrian refugees.
–World Food Programme

WFP has a full, in-house record of every transaction? Sounds awfully familiar… very much like a traditional database. To be fair, it is feasible that this implementation would have some value if the WFP adds partner organizations to form digital trust between WFP and said organization, but even then, was trust a major issue between partner organizations?

What is and is not a blockchain use case

To be clear, I love that WFP is looking into this technology in an active way. I am happy they partnered with some industry leading companies like ParityTech. I believe we as global practitioners need to be more involved with the development of blockchain today instead of waiting for Silicon Valley technical biases to complain about tomorrow.

My concern regarding projects like WFP’s Building Blocks is two fold:

There are seemingly countless projects that are private chain-based that are disguised as having benefits of the public chain, and even more concerning are projects that don’t publish information at all on their technical implementations that affect vulnerable people.

Aid:Tech, an organization that has won major awards and grants, been featured in dozens of major media outlets, and is partnering with organizations like the Irish Red Cross and the United Nations Development Programme (UNDP) seems to be doing just that.

The programs they are running seem very exciting that use “blockchain” with digital identity and a financial payments implementation that seems cutting edge while promoting their implementation of blockchain as providing more security and transparency.

As an advocate of the Digital Principles, I feel uncomfortable when organizations like Aid:Tech are not being transparent with their system designs or at the least, not making that information easily accessible.

At the time of writing, for example, they have a section entitled “Case Studies” which has a link to an area of their website that consists of two short paragraphs with very basic information on the project, and a handful of photos, and a graphic that presents benefits of the program in 8 bullet points. I have also reached out to Aid:Tech about more information about their implementation and received no response.

We need to cultivate a culture of forthrightness and transparency about a technology that is billed as being for transparency and security.

In fairness, public chains might seem scary to organizations. They are available to be validated by anyone, and privacy and security protections need to be thought through thoroughly, but to be honest, we came here for the benefits of the public chain, not an overly complicated, inefficient database disguised as innovation.

By Matt Crum and originally published as Are Some Blockchain for Good Projects Fooling Us?