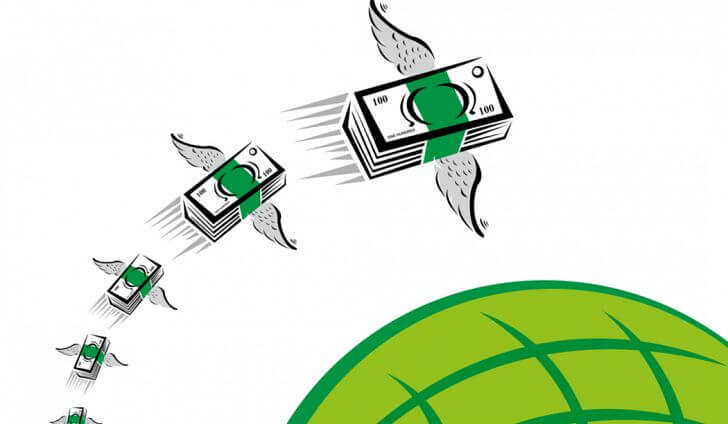 The turn of the century marked a period of rapid migration: the total number of international migrants has increased by 60% since 2000. With more than 250 million immigrants and migrant workers needing to send money home to families in their native countries, the need for simpler, faster and more cost-efficient money transfers continues to grow.

But the cross-border payments industry remains a fragmented legacy sector beset by inefficiencies, long settlement times, where payments can take days to arrive at the destination account, and high transaction fees. Additionally, the payments’ landscape is devoid of meaningful competition.

Western Union and the three other largest money transfer operators (MTOs) account for approximately 25% of global remittance volumes. The remaining 75% is processed by thousands of small to mid-size MTOs which are hampered in their ability to scale owing to resource and latency constraints, illiquidity and a growing reluctance from banks to service smaller MTOs due to compliance overheads and moves to reduce the risk of their portfolios.

The World Bank estimated that, by the end of 2017, officially recorded remittances (excluding corporate payments) to developing countries would grow by almost 5% from the previous year and account for approximately $450 billion of money sent overseas. Furthermore, global remittances, which includes money flown to high-income, developed countries, was expected to rise by almost 4% to $596 billion.

These figures highlight the importance of remittances to low-income and lower-middle-income countries — inflows which contribute significantly to developing countries’ GDP and account for 75% of total remittances worldwide.

Bill Gates, an advocate of sector regulation, noted in 2011 that if the transaction costs on remittances worldwide were cut from an average of 10% to an average of 5%, it would unlock $15 billion a year for developing countries.

Scalability issues have prevented smaller-level MTOs from being able to compete with the sector’s “Big Four”. This lack of competition and continued inability to challenge the large MTOs is directly responsible for remittance fees remaining so high at around 8% — an exploitative level which adversely affects the millions of immigrants and expats who are unbanked yet need to send money home to support their families.

In Q3 2017, the global average cost to send $200 remained flat at 7.2%. This is a significantly higher figure than the target set in Sustainable Development Goal 10, which was 3% in 2017. These high transaction fees disproportionately affect those who can least afford it. Sub-Saharan Africa in particular suffers the worst of the high remittance fees with regional average costs sitting at 9.1% for each transaction.

For less-developed countries suffering from under-employment, mass inflation or political instability, remittances are relied upon as a vital injection of income into their economies. For the unbanked in these countries, many families are forced to either send money home in non-secure manners — such as posting cash — or rely on remittance processors as a lifeline, making the existence of exorbitant remittance fees even more frustrating for those involved.

“More importantly, the social benefits will include financial inclusion for the billions of people currently ignored by traditional payment providers.”

1) Banking: Banking infrastructure support and regulatory compliance mechanisms are integral to the operations of the majority of cross-border MTOs, But increasing numbers of banks won’t sponsor small to midsize operators because of the high monitoring and compliance overheads aimed at reducing money laundering and financial crime. Additionally, there is a worrying trend of banks shutting their accounts with MTOs to de-risk their portfolios.

2) Cash flow: There is an opportunity cost of having funds tied up in various currencies in various locations. This cash flow requirement is a major obstacle to the growth of MTOs as it locks up large amounts of re-investable capital.

3) Technology: Most MTOs have limited IT teams with an even more limited budget to work with. Even with the demand from their customers, most MTOs are unable to develop the requisite technological infrastructure to facilitate meaningful business scaling, with most of their resources going towards overhead compliance instead.

In order for MTOs to be able to overcome these scalability obstacles and grow, they need a compliance-friendly, easy to integrate system for global payments that will reduce inefficiencies, costs and transaction fees — all while remaining compliant with KYC and AML regulations. This is why ZED Network believes that small to midsize MTOs need to adopt blockchain or distributed ledger technology which will serve to enhance transparency, speed and regulatory compliance, all while reducing remittance fees for the end user. Without this adoption, small to midsize MTOs will find themselves permanently priced out of the market.

Blockchain-based remittance solutions will rapidly and effectively eliminate the dependencies that smaller MTOs have on banks and will reduce operating expenses, freeing up necessary capital that can be used to further grow their operations. This in turn will allow for these MTOs to drive down transaction fees and increase competition in the industry. More importantly, the social benefits will include financial inclusion for the billions of people currently ignored by traditional payment providers.

The original version of this article first appeared in the World Economic Forum.