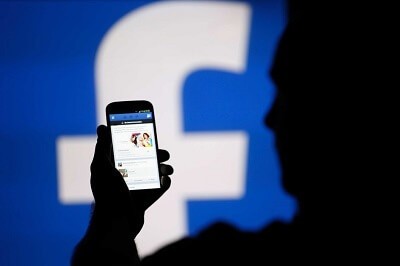 Global action is needed now to align digitalization and development

Written by Shamika N. Sirimanne
Director of the Division on Technology and Logistics, UNCTAD

With Facebook’s Mark Zuckerberg under pressure by the US Congress and greater regulation on data privacy looking ever more likely, swirling revelations about the way in which social media have been used have put the spotlight on the wide implications of the fast-emerging, data-driven digital economy. There is no time to waste in ensuring that this technological revolution brings about more inclusive development as opposed to wider divides.

At the same time, digital divides remain massive. According to the International Telecommunication Union, only half of the world’s population use the Internet, and in the least developed countries that proportion is just one in six.

Usage patterns also vary. For example, while most Internet users in developing countries are generally quick to embrace social networks, like Facebook, far fewer use the Internet to make payments or buy goods or services. This often reflects a lack of trust in the Internet or limited knowledge of how to leverage this technology.

Although the UN General Assembly in 2015 committed to harnessing information and communications technologies in support of the newly-minted Sustainable Development Goals, I am concerned that too little is done to this end, and too slowly. In particular, much more action is needed at both national and international levels to adapt and adopt policies to prepare for the digital revolution, of which we have only seen the beginning.

Take the case of social media. In the past few weeks much attention has been given to the way in which users’ data have been analyzed and monetized by the companies controlling the digital platforms that underpin social networks. Other digital platforms similarly collect massive amounts of data that are analyzed and monetized by selling advertising.

Data privacy sits at the core of the debate. Countries differ greatly in the approach taken to protect the users of various Internet services. In the European Union, a new General Data Protection Regulation will go into effect on 25 May 2018. It will require businesses to protect the personal data of any European Union citizen they do business with, including employees, suppliers and customers. This will have significant implications for doing business in an increasingly data-driven economy.

Data privacy will become a growing concern also in developing countries, where the use of digital platforms is expanding fast. However, as documented by my organization, the UN Conference on Trade and Development (UNCTAD), almost 60 developing countries currently do not have any data protection legislation in place. Improving this situation is urgently needed, not only to protect the 418 million Facebook users in these countries, but also to ensure that enterprises in these countries are able to trade effectively with partners, such as the European Union, which are imposing stringent requirements in this area.

And the lack of data protection is only one example of how many countries are ill-prepared for the digital economy. In order to be able to engage in and benefit from electronic commerce, for instance, urgent action is similarly needed in areas such as digital infrastructure, payment solutions, trade logistics, skills development, consumer protection and financing of digital entrepreneurship.

Addressing current deficiencies is essential and the time to act is now. Governments need to assign higher priority to the digital dimension of their development strategies. This means, for example, understanding how digitalization will affect economic growth, jobs, trade and innovation. Equally important is to examine its impact on competition and taxation as well as on environment, education, health and governance.

This is no easy task. OECD economies have since last year been engaged in a cross-cutting, comprehensive project entitled Going Digital, involving 14 intergovernmental committees. While there is an even greater need for non-OECD countries to address the same issues in a systematic way, they lack appropriate fora for advancing the dialogue at the global level.

In UNCTAD, a new Intergovernmental Group of Experts on E-Commerce and the Digital Economy will be meeting for the second time during our E-Commerce Week in Geneva, held from 16-20 April. The aim is to examine the implications of digital platforms for trade and development. E-Commerce Week will gather about 1,000 participants representing governments, the private sector, civil society and international organizations from some 100 countries. This is a valuable opportunity but far from sufficient given the broad-based effects expected from digitalization.

International dialogue also has to be complemented by greatly increased aid efforts. In this context, I urge all donor agencies to ratchet up their support in areas that can help developing countries to better prepare for the evolving digital economy. In view of the significant and rapid transformations expected, current efforts are far from adequate.

UNCTAD’s eTrade for all initiative, which now gathers 29 international and regional organizations, aims to make support to developing countries wishing to benefit more from e-commerce more effective and transparent. But for it to have the desired impact, it will need to go hand in hand with much increased financial support by the international community, including from bilateral donors, development banks and private sector foundations. Many countries need help, and they need it now – not in five or ten years.

We must avoid repeating the mistakes of the past. This time, we should make every effort to ensure that the digital revolution brings about inclusive development rather than more inequality.