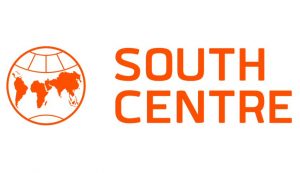 The evolution of Electronic Commerce or E-Commerce has brought about a significant change in the way business is conducted across the globe. The e-commerce which emerged during early 2000 in the United States and other developed parts of the world has expanded to almost all the developing countries by now. Developing countries like India, Brazil, and Indonesia have provided a fertile ground for the growth of this sector and even surpassed many developed countries in terms of market size. There exist a lot of differences in the e-commerce market in South Asian countries.  Although there has been a significant growth in this sector in the South Asian region, still it has a way to go.

The evolution of Electronic Commerce or E-Commerce has brought about a significant change in the way business is conducted across the globe. The invention of the smartphone and mobile-based shopping applications and social media sites such as Facebook has facilitated the electronic sale and purchase of goods and services to the remote areas of the world. The e-commerce which emerged during early 2000 in the United States and other developed parts of the world has expanded to almost all the developing countries by now. Developing countries like India, Brazil, and Indonesia have provided a fertile ground for the growth of this sector and even surpassed many developed countries in terms of market size. Various home-grown websites offering online sale and purchases have emerged in a number of developing countries and many of them are successfully competing with their multinational competitors.

Developing countries of different regions are embracing the e-commerce sector and also developing the necessary infrastructure to support the growth of this sector. Africa is investing in 3G mobile network and subsidizing smartphone ownership. The digital payment system is also expanding at a very fast pace. Around 65 percent of online buyers in Africa prefer to use a digital method of payment.  E-commerce companies are developing their infrastructure and spreading awareness among consumers. Special mobile applications are being developed to make the browsing experience easy and simple.

Among the South Asian countries, India emerged as one of the biggest markets with a size of around US $ 20 billion for e-commerce companies. Many domestic start-up firms have also emerged in this region and are performing very well in the sector. Flipkart, Amazon, and Snapdeal control the majority share in the Indian online market.

The e-commerce market in Pakistan is served mainly by international giants like Alibaba and Daraz.  A young generation with 65 percent below the age of 30 and technical knowledge and increasing internet penetration has brought about a revolution in the shopping behavior in Pakistan.

The Sri Lankan market is dominated by companies like Kapruka.com, Daraz.lk, WOW.lk, Takas.lk, and MyDeal.lk. It is worth noting that, apart from Daraz, all others are home-grown companies and all are operating in the business-to-consumer format. Currently, there are no business-to-business e-commerce websites operating in Sri Lanka. Also, global e-commerce players such as Amazon or Alibaba are absent from the Sri Lankan e-commerce sector.

Nepal stands behind its neighboring countries in welcoming the e-commerce sector. Only a handful of players operate in Nepal in the online space. The Nepalese are not allowed to import goods online. However, various indicators that facilitate the growth of online sales are performing modestly in Nepal.

Table 1, below, displays some of the important indicators about South Asian economies that play a significant role in promoting online commerce.

Both mobile and internet penetration in these countries are found to be remarkable. Countries like Sri Lanka and Nepal have crossed the 100 percent mobile penetration rate which means they have more mobile connections than their population. South Asian countries have very low mobile and broadband costs which make them highly affordable for their citizens and this has possibly led to the high mobile penetration rate. Though the use of plastic money is comparatively low it is expanding very fast. This low use of plastic or digital money has made the cash on delivery prominent in the e-commerce sector in South Asia and only a limited number of consumers prefer digital transaction. The low ratio of mobile phone users to credit card holders in the region offers a huge scope for digital transaction and great opportunity for debit and credit card providers to explore the market.

There exist a lot of differences in the e-commerce market in South Asian countries.  One such major difference is control of the market. Apart from India and to some extent Sri Lanka all other markets are controlled by foreign players. Another difference noticed is allowing foreign direct investment (FDI) in the B2B (business-to-business) format of e-commerce. Unlike others, India does not allow FDI in the B2B format of e-commerce. In addition, the market size measured in terms of volume of the sale reveals that India accounts for around 99 percent of the total e-commerce sales in the region.

A recent study by GSMA finds a gender gap of 26 percent in mobile ownership in the South Asian region compared to a global gap of only 10 percent. This gap is even higher compared to Sub-Saharan Africa’s of  14 percent. The gender gap is 23, 33 and 45 percent in India, Bangladesh and Pakistan respectively.  It is only 6 percent in Sri Lanka and 19 percent in Nepal.

The gender gap in mobile internet usage in the region is also extremely wide at 70 percent compared to a global gap of 26 percent and 4 percent in the Latin American & Caribbean region and 34 percent in the Sub-Saharan African region. The same gap is 68 percent in India while 63 percent in both Pakistan and Bangladesh. In Sri Lanka only 25 percent of women have the internet access.

All the South Asian countries also have huge differences in the usage of mobile and internet in rural and urban areas as well. A recent study points out that the rural and urban poor gap in mobile phone ownership in India is 22 percent, 5 percent in Pakistan, 7 percent in Bangladesh and 15 percent in Nepal. The gender gap in internet usage is 14 percent in urban India while 27 percent in rural areas. Pakistan has 40 and 49 percent gender gap in internet usage in urban and rural areas respectively. All these data clearly reflect the digital gap between male-female and urban and rural areas in South Asian countries. The patriarchist society and low level of employment among the females are possibly the reasons behind this digital gap.

Although there has been a significant growth in this sector in the South Asian region, still it has a way to go. Growth rate among these countries varies largely. India with its advanced technology and bigger and matured market has been able to grow very fast and wide, while others are way behind. Internet speed is far from a satisfactory level in the region and it acts as an impediment for the e-commerce sector. The gender disparity and urban-rural gap in the use of internet and mobile is another area of concern and it needs to be addressed urgently. Even after so many years of growth none of the South Asian countries have any comprehensive policy to regulate the industry and safeguard the interests of buyers and sellers. Much work is needed to be done in strengthening the digital infrastructure especially in smaller countries like Nepal and Sri Lanka. Regional integration of digital infrastructure can immensely help to overcome this challenge. Consumers should be encouraged to use more digital modes like credit and debit cards, and digital wallets for their online transactions. This will not only help nations to move digitally ahead but also reduce the cost burden from the e-commerce players as their payment will not be blocked for a longer period.

Author: Rahul Choudhury is a Visiting Research Fellow at the Institute of South Asian Studies, National University of Singapore. His primary research interests include foreign direct investments, e-commerce, international trade, and trade integration. Mr. Choudhury has a diverse experience of working in both the public and private sectors, in academia and in industry in various capacities.

* The views contained in this article are attributable to the author and do not represent the institutional views of the South Centre or its Member States.