Building Digital Capacities for Inclusive and Sustainable Industrialisation in Africa 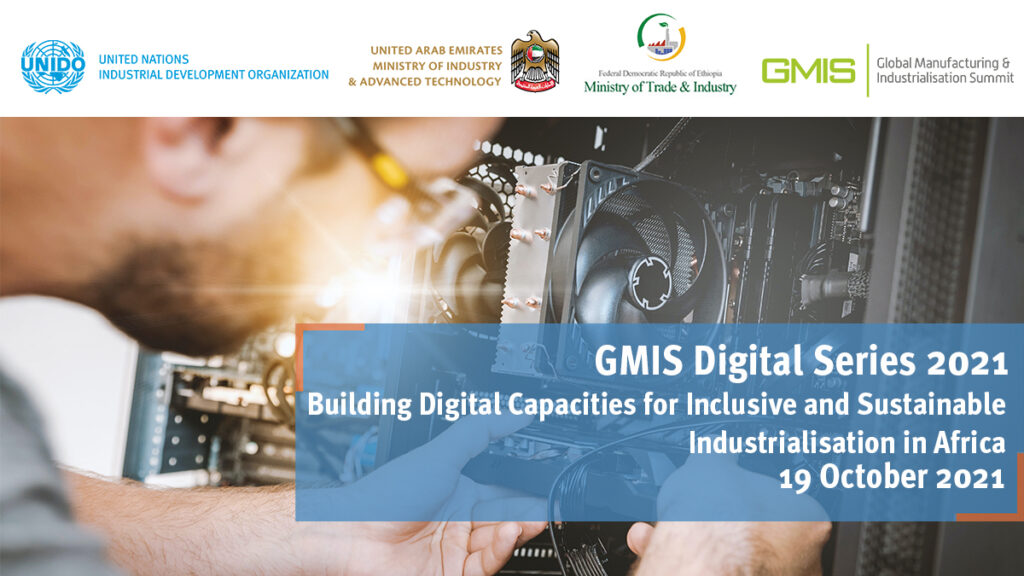 The convergence of digital technologies and the manufacturing sector has been proceeding at an unprecedented pace over the past decade, leading to advanced innovations such as Artificial Intelligence, Robotics, 3D printing, the Industrial Internet of Things (IIoT) inter alia disrupting the global industrial landscape. The economic gains associated with this shift are enormous, with the UNIDO Industrial Development Report 2016 estimating the increase in added value at between USD 16 and 35 trillion per annum by 2025. However, the advanced manufacturing landscape remains severely lopsided, with the UNIDO Industrial Development Report 2020 finding that just four economies (those of the United States, China, Japan and Germany) account for some 77% of advanced innovation patents globally, while 88 economies in the Global South play little or no role in the global advanced technology sector, either as users or consumers.

Africa is particularly concerned with these growing inequalities for a number of reasons, as it is home to the majority of the world’s Least Developed Countries and faces a number of legacy issues preventing easy access to the Fourth Industrial Revolution (4IR), most notably in terms of digital infrastructure. For instance, Africa faces widespread barriers to home internet compared to developed regions (as just 26% of homes have home access, compared with 82% in Europe, according to statistics from the International Telecommunication Union). Digital costs are also much higher in Africa relative to the average income, with 7.12% of the average income required to access 1 GB of mobile data, several times that of developed regions. Africa is also faced with the prospect of reshoring of its labour-intensive industries due to advanced innovation.

However, Africa has taken measures to upgrade its advanced industrial infrastructure, most notably through the establishment of innovation ecosystems and digital hubs. This has led to a 50% growth in digital hubs by 2019, with countries such as South Africa, Nigeria, Kenya and Egypt leading the way. Moreover, the mobile revolution has also assisted many digital entrepreneurs to bypass some of the region’s issues with digital infrastructure, with over 80% of Africans now owning a mobile phone, and e-commerce startups proliferating across the continent, especially in countries such as Mauritania, Rwanda and Senegal.

At the policy level, several measures have also been taken to harness digitalisation for inclusive and sustainable industrialisation, such as the adoption of the African Continental Free Trade Agreement, which aims to remove barriers to trade throughout Africa, and the African Union’s Digital Transformation Strategy for Africa (2020-2030), which aims to build an African Single Digital Market by 2030.

Given the Global Manufacturing and Industrialisation Summit’s worldwide perspective, network and convening function and unique position of Africa within the Fourth Industrial Revolution, a special regional webinar event (within the context of the GMIS Digital Series 2021) is proposed. The webinar will highlight the potential of digitalisation and digital manufacturing for achieving SDG 9 (“inclusive and sustainable industrialisation”), which policies and partnership models can be utilised to this end and how international cooperation can accelerate the process.