The South Centre in partnership with India’s Research and Information System for Developing Countries (RIS), the Ministry of Finance and the Ministry of External Affairs organised the Third Annual Developing Country Forum on South-South Cooperation in International Tax Matters. The Annual Forum is the flagship event of the South Centre Tax Initiative (SCTI) which was started in 2016 to bring together tax officials from developing countries to promote and support intensified, better coordinated, and more institutionalized approaches to South-South cooperation which would enable developing countries to become full participants for substantive norm-setting in international tax matters.

The Third Forum took place in New Delhi, India, on 9-10 December 2019, and was attended by nearly 90 participants from 19 countries, the highest number thus far in the Annual Forum series. It was organized at a critical time in international taxation, when discussions are ongoing in the Organisation for Economic Co-operation and Development (OECD) on taxing the digital economy, which in turn have opened up a more fundamental discussion on the allocation of taxing rights between source and residence jurisdictions. Accordingly, taxation of the digital economy formed a prominent aspect of the conference. Other topics discussed were extractive industries, tax risk assessment, offshore indirect transfers and fugitive economic offenders. The last was a priority for the host country India, which has brought it on the Group of Twenty (G20)’s agenda as well. It seeks to deny entry and safe havens to all economic offenders, freeze the proceeds of their alleged crimes and obtain their repatriation along with the stolen assets.[1] The conference materials along with the presentations by the panellists can be accessed in the SCTI’s website.[2] 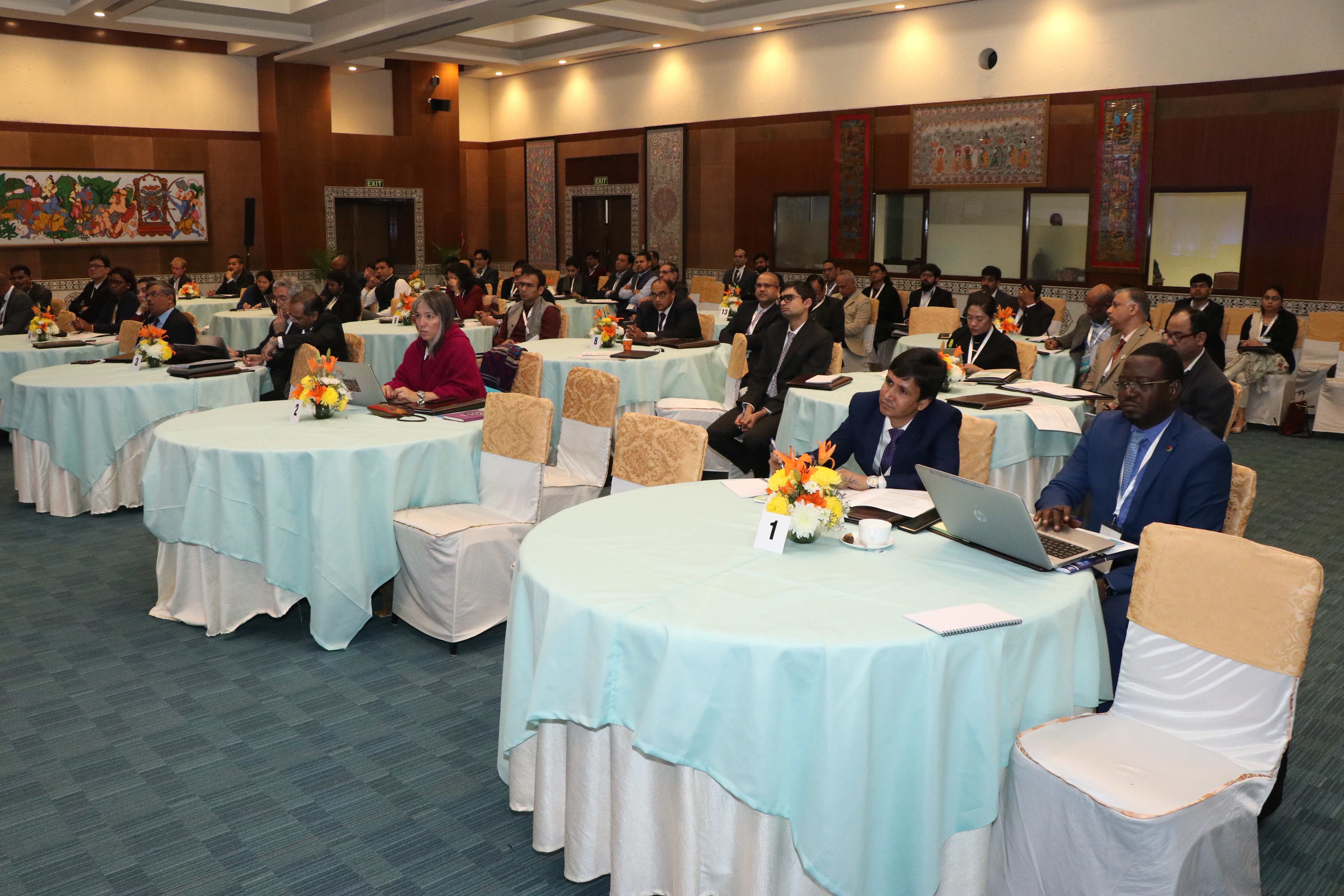 The inaugural address was given by India’s Minister of State for External Affairs, Mr. V. Muraleedharan, who emphasized the need for developing countries to work together to counter illicit financing and tax evasion, and to tackle the issue of fugitive economic offenders (FEOs). Effective international taxation was also essential to ensure that foreign and domestic companies pay the same taxes and hence compete on a level playing field.

The keynote address was delivered by Mr. Pramod Chandra Mody, Chairman of India’s Central Board of Direct Taxes. He raised the importance of source taxation of capital gains from movable assets, challenges faced in the extractives sector and the G24’s response to the OECD’s proposal on a Unified Approach. He urged developing countries to work closely together on capacity building and offered India’s services on the same.

On the digital economy, panel discussions covered the Group of Twenty-Four (G24)’s proposal of fractional apportionment, the complexity of the OECD’s Unified Approach and the challenges posed through the distinction between routine and non-routine profits, the possibility of a services Permanent Establishment (PE) through Article 5(3)(b) of the United Nations (UN) Model Convention and new forms of virtual PE evolving through judicial precedent such as the use of (digital) cookies in a server. Panelists also covered political aspects, such as the critical importance of developing countries to “speak up” and no longer remain passive observers, the OECD’s growing influence over regional tax organizations and the possibility of working through the UN system to strengthen the voice of developing countries in the discussion. There were strong objections to the way the OECD Secretariat unilaterally shaped the discussion by bringing out the Unified Approach which effectively removed the G24’s proposal from consideration. One panelist said a resolution could be introduced in the UN General Assembly on the G24 proposal and hence bring it back into the debate. Other panelists also called into question the entire legitimacy of the OECD process and reiterated that developing countries do not need to adhere to the Unified Approach as a basis for future negotiations.

On offshore indirect transfers, panelists spoke of the need to allocate all residual rights of taxation of capital gains to the country of source, rather than the country of residence as currently provided for in Article 13(6) of the UN Model Convention. They stressed that the capital gains on transfers of movable and immovable property should be treated at par. Stringent reporting requirements were suggested as a practical first step developing countries could take in taxing offshore indirect transfers. Developing countries were also urged to make written responses to policy proposals such as those put out by the Platform for Collaboration on Tax on capital gains, which have the potential to become international standards. Panelists also shared their country practices in this area.

On extractive industries, panelists shared their country experiences and innovations such as tax collection at source, transfer pricing issues involving technical services, the use of the sixth method, the need for interest deduction caps, designing effective fiscal systems and managing decommissioning effectively, to name a few.

The session on tax risk assessment was of high interest to the participants, who shared their country experiences in using data obtained from country by country reporting and exchange of information agreements. Panelists also shared the institutional mechanisms used and processes for risk assessment.

The last session on Fugitive Economic Offenders (FEOs) went beyond conventional international taxation and entered the realm of criminal law, covering topics such as extradition, the various multilateral instruments involved in handling the proceeds of transnational crime and whether new ones were necessary. It was stressed that FEOs constituted a serious threat to the economic health of developing countries. Neo-colonial links were drawn with some of the countries which are popular destinations for such offenders. Panelists also examined various lists of tax havens, which often double as sanctuaries for FEOs.

Throughout the Third Annual Forum, there was a strong recognition from developing countries on the need for more effective intervention in the ongoing international discussions and that this could be done better through more intensive cooperation. The South Centre was hailed for its role in providing such a space to developing countries and expectations were raised for a greater role from the organization. 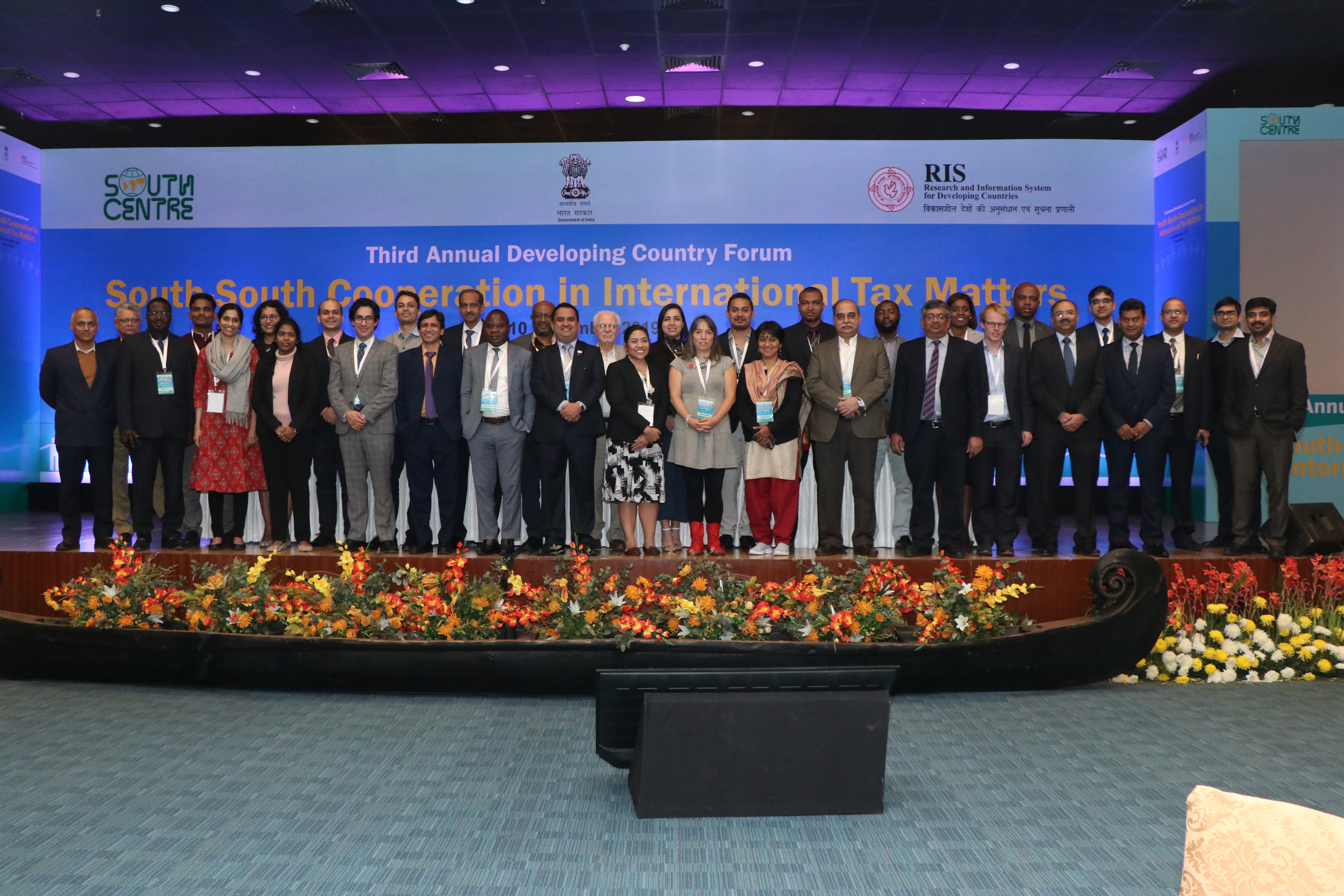