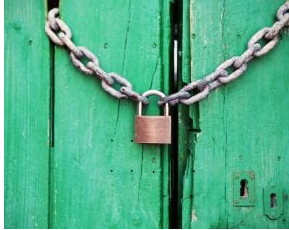 Unlocking the potential of African e-commerce

If you talk about logistics long enough it’s practically inevitable that somewhere along the line e-commerce is going to get a mention. And just as you can be sure that e-commerce will feature in your conversation, you can be sure that it’ll be a viewed positively, as a disruptive force unleashing opportunity across whole economies. But things tend to be a little different when you talk about the development of e-commerce, and e-commerce logistics, in Africa.

Effective e-commerce operations have a few broad prerequisites. Firstly, retail needs a certain degree of sophistication – retailers must be able to both sell their goods online effectively, and manage inventory in a way that links an available product with the person buying it and with the operations that will fulfil and deliver the order. As such, it also requires a last mile operation that can guarantee delivery and in which retailers and shoppers will place their trust. Alongside these are some services in related sectors, such as reliable internet access, a third party to guarantee online transactions or a postal service that has mapped cities, towns and rural areas to the extent that delivery locations are known and easily found.

Africa is a large and varied region, and access to these types of service is similarly varied. Firstly, there’s internet access. The adoption of smartphones and mobile internet access is helping drive internet adoption across large parts of Sub-Saharan Africa, with growth in the middle class and a generally young population also aiding this. World Bank data, though, suggests that while there’s undoubtedly rapid growth in the absolute number of African citizens with access to the internet, by 2016 still only 20% of those in Sub-Saharan Africa were connected. Increased internet access in the region is a positive trend, however, and the adoption of both mobile devices and online payment systems is helping to bridge the gap between retailers and consumers.

Accessing the internet, though, is expensive, and more broadly, purchasing power remains a constraint on the growth of e-commerce in Africa. Again, a rapidly growing middle class provides strong potential for the development of e-commerce in the region as consumption increases and demand for new types of products grows. However, data from the African Development Bank provides something of a reality check. Sub-Saharan Africa’s middle class is estimated to number some 350m people, but of those, 60% are in a ‘floating’ category, with incomes of between US$2-$4 per day and who are vulnerable to economic disruptions which can change their middle class status. While purchasing power is relative, income levels of this sort place limits on the addressable market that online retails can target, reducing it to the more stable middle and upper class populations and expat communities.

A lack of trusted banking infrastructure also presents a challenge, and is creating a divide in the population which has onward effects for e-commerce logistics provision. A large proportion of the population doesn’t have access to, or doesn’t trust, traditional banking, and while some have adopted mobile payment systems others still prefer cash on delivery – to the extent that it remains the most popular payment method in the region. There are positive signs, though. M-Pesa from Safaricom is a payment system in Kenya that’s used by around half of the domestic adult population that facilitates secure online payment, for example, suggesting that widespread adoption of mobile payments is possible. Other operational considerations include a lack of national street address systems in a number of Sub-Saharan African countries, which creates a major obstacle for last mile delivery. This, combined with poor road infrastructure, serves to make last mile delivery very expensive.

Given the particular character and challenges of the African e-commerce market, solutions are having to be designed for specific cases, rather than exported from other countries or regions where they seen success. This has resulted in investment in call centres to help manage customer relationships and showrooms to display the tangible products for sale online. Local knowledge of delivery locations is also highly prized, as with no central addressing system a delivery drivers’ ability to quickly find a customer is a competitive advantage, as is the ability to educate and generate trust amongst the population in online payments and other cashless transaction methods. There remains a huge amount of potential in the e-commerce market is Sub-Saharan Africa. Solutions to some structural and operational problems are helping to turn that potential into a reality, but there remain significant barriers in place.