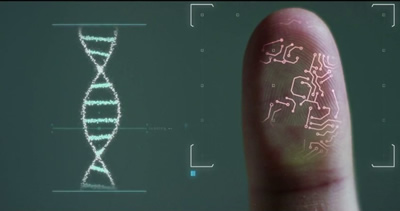 The good, the bad and the ugly of rapid technological change

New technologies like artificial intelligence and genome editing can prevent domestic violence, cure diseases and feed the hungry but may also cause lots of harm, speakers at a UN forum on science and technology for development said on 13 and 14 May in Geneva, Switzerland.

“Every technology is a double-edged sword with the best and the worst in store for us,” France 24 presenter Julia Sieger said as she opened the two-day discussion during the twenty-second session of The Commission on Science and Technology for Development.

Innovation happens at a pace that often doesn’t allow for reflection on the long-term consequences, and one of the commission’s two priority themes was the impact of rapid technological change on sustainable development.

“We need a painfully honest discussion on the impact of frontier technologies – including the good, the bad and the ugly,” Shamika Sirimanne, head of UNCTAD’s division on technology and logistics, told the technology professionals, science professors and government officials gathered at the UN’s Palais des Nations.

First on deck was artificial intelligence, more commonly referred to as AI.

Right now, for example, the technology is preventing domestic violence in South Africa, thanks to rAInbow, a free “smart companion” helping millions of people in unhealthy relationships.

The AI-powered digital social worker can quickly assess whether someone is at risk of domestic violence – a threat one in three women face daily.

“Using this technology, we can start to predict early risk attributes and take action – in many cases even before the victim realizes they are in an abusive relationship,” said Ms. Sharma, who initiated the project.

The work in South Africa shows the potential of AI for good, but computer ethics researcher Donald Gotterbarn warned that the technology should not be released “like a wild horse on the plains.”

“AI could kill people. It could crash land your airplane,” said Mr. Gotterbarn, who teaches at East Tennessee State University in the United States.

“But it can affect things in a positive way if directed by us in the right direction.”

Besides saving women from harmful relationships, science and innovation holds great promise for people stricken with genetic disorders, according to Jacob Corn, a genome biology professor at ETH university in Zürich, Switzerland.

“Genetic disorders have no real cure currently. Period. You treat the symptom, not the actual disease,” Mr. Corn said.

Providing the example of muscular dystrophy, he said, “The treatment you give a child is a wheelchair and tell them how they have to live.”

But he said such diseases could be wiped out thanks to genome editing, a technology that allows scientists to change an organism’s DNA.

“You could completely cure everyone who has [muscular dystrophy]. That’s the type of positive change we’re talking about,” he said.

Another disease that genome editors like Mr. Corn are tackling in their labs is Malaria, which kills hundreds of millions of people each year, mostly in poverty-stricken areas of the globe.

They’re combatting the deadly illness by capturing malaria-carrying mosquitoes and editing their DNA so that they can no longer infect humans.

While this is great news for public health, what are the long-term consequences of releasing new breeds of mosquitoes into the wild, Ms. Sieger asked. She had a similar question for genetically modified corn varieties, which Mr. Corn said could help feed the 815 million people who go to bed hungry each night.

“We have to recognize that there is also another side to the story,” he said.

“It’s a hugely disruptive change. And because it’s so cheap and moves so quickly, it’s proved that the technology has raced ahead of the attempts to regulate it.”

The cost of new seeds

“It’s becoming expensive for the poor to buy seed every single year,” said Ms. Luo, who holds a PhD in microbiology.

“When I was growing up, my grandmother was able to keep some seed and use it for replanting the following year. Now it’s not possible,” she said.

“Every year, despite my poverty, I have to buy new seed because it’s said to be a better variety.”

David Grier, who teaches at George Washington University in the United States, said the genetically engineered seeds dilemma is just one example of the complex nature of technological change.

But, he said, the technology is rarely the issue. It’s more a question of leadership.

“I’ve worked with a number of people who said, ‘I never thought my technology would be used for this purpose or that purpose.’ Usually not for good ideas,” Mr. Grier said.

“This is a plea for better and greater and more unselfish leadership across the board in all segments of society.”

The Commission on Science and Technology for Development is a subsidiary body of the United Nations Economic and Social Council and provides the UN General Assembly with advice on how science and technology impact sustainable development.

UNCTAD is responsible for the substantive servicing of the commission.