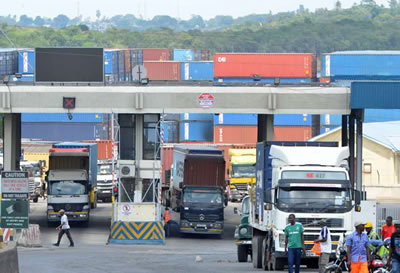 Is the WTO Trade Facilitation Agreement an enabler of e-Commerce?

After more than a decade of negotiations, the WTO Trade Facilitation Agreement entered into force in February 2017. With it, WTO Member States have committed to implement a series of measures to facilitate import, export and transit. While developed countries have already implemented the majority of the measures, developing and least developed countries are in a race against time to make sure they put in place the required trade facilitation reforms.

During the decade of negotiations, the world witnessed the spread of e-Commerce. Only between 2013 and 2016, the value of online trade increased from $16 trillion to $25 trillion.[1] The rapid expansion of e-Commerce can be explained by two simple facts: the improvement of enabling technologies, such as a higher internet penetration and the development of e-payment systems, as well as an increasing demand from consumers. While the percentage of digital buyers worldwide in 2016 was already as high as 58%, it is expected to reach 65% by 2021.[2]

Of particular interest for trade facilitation is cross-border e-Commerce, which according to UNCTAD estimates of 2015, accounted for about $189 billion for B2C e-commerce, corresponding to 7 per cent of total B2C e-commerce (IER 2017). This particular type of e-Commerce is forecasted to grow “by about 25% annually until 2020 – nearly twice the growth rate of domestic e-commerce. In 2020, it is expected to account for about US$900bn GMV, translating into a roughly 22% share of the global e-commerce market.”[3]

Thus, while WTO negotiators were busy agreeing on measures that are certainly relevant and crucial to foster cross-border trade, the question no arises if the provisions of the Trade Facilitation Agreement are sufficiently tailored to support the increasing trade resulting from e-Commerce.

The measures included in the WTO Trade Facilitation Agreement aim at reducing time and cost of cross-border trade. In that sense, their implementation should also benefit cross-border e-Commerce.

Online shoppers are particularly sensitive to transparency and predictability. They generally refuse last minute hidden costs, such as duties and taxes, that were not foreseen when placing the initial order. They are also very sensitive to delays, expecting the delivery as scheduled.

In that sense, e-Commerce users and providers will certainly benefit from the implementation of, for instance, Article 1 and Article 7.6 of the Agreement. Article 1 aims at increasing transparency in cross-border trade by urging countries to publish (also online) import, exports and transit procedures. By the same token, Article 7.6 encourages countries to measure and publish their average release time of goods periodically, thus helping traders to predict the time their goods may be retained at the border.

The Agreement also includes different measures that will support the simplification, harmonization and standardization of import, export and transit procedures. Article 10, for instance, focuses on the streamlining of cross-border formalities and documentation. Easy and accessible trade procedures are especially important for those small and medium sized enterprises that aim at selling their goods to neighboring markets. For them, hiring an intermediary to help with the necessary paper work would reduce their profit margin significantly, making the export of their goods less lucrative or possibly no longer commercially of interest.

Trade facilitation reformers need to put on the e-Commerce glasses

While implementing the WTO Trade Facilitation Agreement, certain measures could benefit from an “e-Commerce perspective”. For instance, expedited shipments and risk management have the potential to be game changers in this context. For this, trade facilitation reforms need to be designed and implemented including those processes that are particularly relevant for e-Commerce. Reforms and the assignment of resources need to take into account the increase in the number of (smaller) shipments, as opposed to fewer but large scale shipments.

National Trade Facilitation Committees need to be aware that they have in their hands the capacity to contribute to reaping the full benefits of the unfolding digital revolution – including the rise in e-commerce.

Countries implementing trade facilitation reforms should be aware of the shifting needs and special requirements of cross border e-Commerce. At the same time, policy makers who aim at fostering cross-border e-Commerce should keep in mind the key role trade facilitation in this endeavor. In spite of all “e” in e-commerce, the goods still need to physically cross the borders.

While it has been argued in this article that the implementation of many of the provisions of the WTO Trade Facilitation Agreement could have a positive impact on cross-border e-Commerce, there are also other trade facilitation measures – beyond the WTO Trade Facilitation Agreement – that can further support the facilitation of cross-border e-Commerce. Establishing De Minimis regimes and promoting their mutual recognition at regional and international levels is just one example of a measure that is not contemplated in the Agreement but that could generate an exponential growth in cross-border B2B and B2C e-Commerce. But such regimes should be applied wisely as they might have a negative impact for developing and least developed countries that are particularly dependent on revenue collection through taxes and duties on goods.