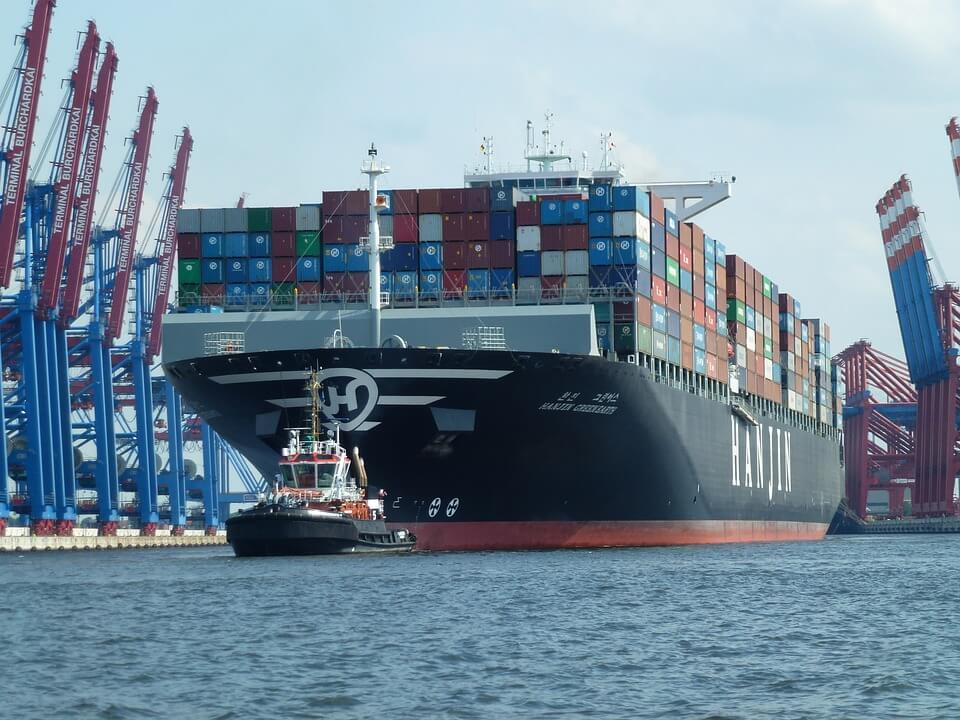 Attitudes towards technology in the maritime sector are in transition and 2018 could be crunch time for many concepts launched in the last few years as shipping and port providers focus strongly on defining the true commercial value of digital and automated, argues Lars Jensen in this guest editorial ahead of TOC Europe 2018

As we approach the middle of 2018, it is increasingly clear we are in a transition in relation to the digitisation and automation wave in the maritime industry.

The past few years have been increasingly filled with a mix of grand visions and buzz-words surrounding the impending digital transformation. Especially 2017 saw these topics take front and center stage at virtually every industry conference and gathering, not to mention at C-level and board meetings within the industry itself.

When one questions why this is happening, the answer appears obvious. Introduction of these new technologies ensures reduced operating costs and higher performance – and holds out the promise for even greater gains to come.

Not that there is anything wrong with the obvious – but to what degree are we seeing true transformations taking place?

First of all, we need to distinguish between automated hardware – some would say Internet of Things (IoT) devices – and the actual process of digitisation. The hardware boom has been driven by sharply declining device prices combined with the fact that much of the technology used for automation is not developed solely for the maritime industry but rather leverages technology also developed for other industries – such as self-driving cars, improved battery technology and automated industrial equipment. In this context, we are indeed seeing a genuinely new drive of automation within the industry.

On the topic of digitisation, the answer is not quite as clear-cut. Looking at many of the initiatives which rose to prominence in 2017, two elements are important. The first is that the clear majority were not started in 2017. They were instead launched in the 2012-2016 period. This indicates that despite the seeming sudden rise in digitisation, it is actually the result of several years preparing the groundwork for these concepts.

Secondly, and as importantly, it is hard to see genuinely ground-breaking new concepts amongst these. That is of course a provocative statement – and one likely to be disputed by virtually all of said companies. And naturally, every new concept has elements that will differ from previous incarnations of the same idea. But essentially all these ideas have been launched before in the period from the hey-days of the dot-com bubble in the 1990s up until the financial crisis hit. And with a few exceptions – such as INTTRA and CargoSmart, for example – none made much of an impact.

However, this is besides the main point in this context. The important part is that fundamentally the rise of digitisation as seen in 2018 does not have technology as its main driver.

Technology is usually what is being talked about, but the critical thing we have begun to see changing is the industry’s view on how to use the technology. We are increasingly seeing the launch of pilot projects where not only the tools but also the business models are not fully in place yet. Instead customers are invited to participate in the further testing and development. And the focus is shifting to how new tools can solve actual problems.

“The critical thing we have begun to see changing is the industry’s view on how to use the technology. We are increasingly seeing the launch of pilots where not only the tools but also the business models are not fully in place yet. And the focus is shifting to how new tools can solve actual problems”

And this brings us back to automation. From an engineering perspective it is hard not to be impressed at what can be achieved in terms of autonomous terminal design and unmanned vessels. But if we look forward, we will likely to an increasing degree see the digital and automated agendas merge, with the commercial focus of digitisation taking the forefront.

Automated equipment will – even more than currently – be evaluated on the basis of whether it can drive actual business value. And herein lies an important point. It is not sufficient that a certain piece of automated equipment can be shown to for example have a savings potential. The implementation of that equipment must also be accompanied by a change in associated business processes, as otherwise the value remains theoretical.

“The lesson learnt from digitisation a decade ago is that commercial value must be the driver, otherwise projects will peter out”

The lessons learned from digitisation a decade ago are that commercial value must be the driver, otherwise projects will peter out. In the realm of terminal automation, this is already making itself clear, as the predominance is a focus not on full automation, but on automation where there is an actual beneficial business case associated with process changes. In the case of autonomous vessels, it is equally likely that the focus will shift more to smaller coastal vessels and barges, whereas futuristic large autonomous deep-sea vessels might take more of a back seat.

On the digital agenda, 2018 is a year where the many concepts which emerged in 2016-2017 are truly being tested in the market. This also means that by the end of 2018 it will likely become crunch time for many of these. Did the concepts stand the test of the market in terms of commercial value, or will they be running out of investment funds? After that, the scene is set for 2019 to be the year where the successful concepts begin to grow in earnest.

Lars Jensen is CEO & Partner of maritime advisory firm SeaIntelligence Consulting, CEO & founder of maritime cyber security consultancy CyberKeel,, CCO of LinerGrid, a cloud-based tool to optimise networks in liner shipping, Partner at LinerGame, an interactive simulation game for liner executives and Board member at New York Shipping Exchange. A frequent advisor and contributor to TOC, he speaks this year in the Shipping & Port Watch session during the Container Supply Chain conference at TOC Europe 2018 in Rotterdam, 12-14 June