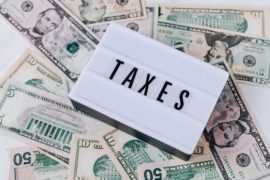 The South Centre today provided its comments to the OECD Inclusive Framework’s Task Force on Digital Economy (TFDE) on the Draft Model Rules for Tax Base Determinations. These rules are part of the overall OECD project on the taxation of the digitalized economy known as Pillar One. They determine the amount of a Multinational Enterprise’s (MNE) profits that will then be partially redistributed to market jurisdictions, which are expected to be largely developing countries.

The Model Rules for Tax Base Determinations are of importance as this affects the amount of tax revenues that developing countries will finally be able to collect under the so-called “Amount A” of Pillar One.

The South Centre’s comments have been reproduced below.

The South Centre is the intergovernmental organization of developing countries that helps developing countries to combine their efforts and expertise to promote their common interests in the international arena. The South Centre was established by an Intergovernmental Agreement which came into force on 31 July 1995. Its headquarters are in Geneva, Switzerland.

The South Centre in 2016 launched the South Centre Tax Initiative (SCTI). This is the organisation’s flagship program for promoting South-South cooperation among developing countries in international tax matters.

The South Centre offers its comments to the OECD Inclusive Framework’s Task Force on Digital Economy (TFDE) on the Draft Model Rules for Tax Base Determinations.

As a procedural matter, the extremely rapid pace of discussions is a matter of great concern for developing countries, a matter also raised by the African Tax Administration Forum (ATAF).[1] While an urgent solution is needed to the taxation of the digitalization of the economy, this must mean one which incorporates the interests of developing countries.

Providing lengthy policy documents to Inclusive Framework delegates for inputs with minimal response time, sometimes just a single day[2], will have the practical result of the Two Pillar solution reflecting solely the interests of developed countries and snatching away the taxing rights of developing countries. This will further undermine the legitimacy of the Two Pillar solution, which is already on shaky ground, and further encourage developing countries to reject Pillar One and opt for alternative measures, which they are in their full sovereign rights to do.

The South Centre therefore strongly urges that delegates from developing countries be given adequate response time for documents, and the same principle must be applied for documents provided for public consultation.

This seems to have resulted in lack of clarity over its actual application over which items of income will be added and removed. The term can be elaborated to clarify the intent.

Scope of adjustments for Equity Gains and losses
The definition of an equity gain and consequently losses must have the widest scope possible, so that all kind of gains are brought into the tax net. This can increase the potential tax revenues for developing countries. It would also avoid unnecessary disputes over whether a particular gain or loss is included or not in the tax base of Amount A and be easier to administer.

Pre-Implementation Losses
It is strongly recommended that pre-implementation loss carry-forward be removed from the draft Model Rules. There is simply no rationale as to why an MNE’s pre implementation losses should be shared when such profits were never shared. This will unfairly reduce the tax base for developing countries.

Further, the reasoning behind an extremely high scope of EUR 20 billion was to target only the largest and most profitable businesses. By definition these are not suffering from losses. On the contrary some of these companies have begun nearing monopolistic or oligopolistic levels. There is no reason why they must be given extra largesse through a pre-implementation loss carry forward provision.

Having a long loss carry forward period is also not feasible from an administrative perspective. It will be more difficult for tax administrations, especially from developing countries, to assess such adjustments if these are losses carried forward from many years ago.

The loss carry forward calculation should be done as per the earn-out mechanism mentioned in para 472 onwards in the Pillar One Blueprint.

The regime should also be kept separate from any existing domestic loss carry-forward rules as per para 415 of the Blueprint.

Eligible Restatement Adjustment for the Period
The definition for this limits it to 0.5% of the Revenues of the Group. However, given that the threshold for in-scope companies is EUR 20 billion, this will mean a minimum of EUR 100 million. This is still a large sum of money and has the potential to reduce and even possibly extinguish the Adjusted PBT. This would mean there would be no profits to be distributed to market jurisdictions and Amount A would become zero.

A rule is required which prevents this from happening, i.e ensures that the Eligible Restatement Adjustment does not reduce the Adjusted PBT to zero or negative, so there is a minimum which will be allocated to developing countries.

The principle that can be applied is that if losses not clearly identifiable for the portion of the Group transferred, they should not be carried forward.

Eligible Division
It is possible that some companies may consider demerging to escape the scope of Pillar One. Anti-abuse rules are needed to address such divisions and ensure they remain treated as Covered Groups even afterwards.

Business Continuity Conditions
The approach for assessing business continuity conditions relies on setting time-limits. However, this can be gamed, for example by loss transfers happening as soon as the 24 month period ends. A better approach would be to link the business activity with the loss carry forward such that the moment the activity stops the loss carry forward is forfeited.

Commencement Date
The Multilateral Convention (MLC) can only come into effect after ratification from a minimum number of countries (“critical mass”). Otherwise, under international law it cannot happen.

The definition of Commencement Date in the draft rules is, “the date of entry into effect of the Multilateral Convention (MLC) implementing Amount A or [DATE], whichever comes last.”

By introducing “or [DATE]”, there seems to be a possible effort to force the MLC to come into effect even if critical mass is not achieved. This is fundamentally undemocratic and violates the very basis of international law. As per Article 24 of the Vienna Convention on the Law of Treaties, treaties can enter into force only after agreement or consent. The principle of consent must be explicit, in that only if countries say yes must it apply. Silence must not be taken as consent or assent.

The TFDE must ensure that the MLC is designed in a way that it is in consonance with international law and that its coming into effect is democratic, i.e tied to ratification by the critical mass/minimum number of countries.