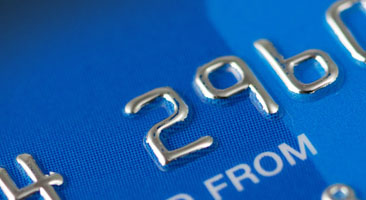 Negotiations on e-commerce advance, eyeing a statement at MC12

The co-convenors of the negotiations on e-commerce — Australia, Japan and Singapore — said at a meeting on 10 November they plan to issue a statement on behalf of the participating members to take stock of the work achieved so far. The statement, to be issued at the 12th Ministerial Conference (MC12), will also reiterate the commitment to achieving an ambitious agreement on e-commerce and set targets for work in the year ahead. Members also heard updates from facilitators of small group discussions and reviewed text proposals for the e-commerce agreement.

Ambassador George Mina (Australia) said that the plan is for the ministers of Australia, Japan and Singapore to announce the statement at a joint press conference at MC12.

Ambassador Mina reminded participating members of their target of securing a package of 10 to 12 agreed articles for the future e-commerce agreement by MC12. Members should keep that in mind as they continue their discussions in small group formats in the short period of time ahead of MC12, he added.

The negotiations have previously produced clean articles on spam, electronic signatures and authentication, and e-contracts, online consumer protection and open government data. A text on transparency has also been “parked”, subject to the final scope and legal structure of the negotiated outcome.

Facilitators of small group discussions reported on the work completed in recent weeks to find common ground in the areas of e-invoicing, cybersecurity, customs duties on electronic transmissions, open internet access and paperless trading. They reported that convergence is within reach for the latter two areas.

Members revisited the text proposals on non-discriminatory treatment of digital products. These proposals were most recently discussed at a meeting in February 2020.

Members also discussed a recently submitted proposal on implementation periods for developing and least-developed countries for the future agreement on e-commerce.

In his opening remarks, Ambassador Hung Seng Tan (Singapore), co-convenor of the initiative, said that the issues currently under small group discussions must continue to make progress and accelerate the pace.

He said: “We’re three weeks away and some technical details are unresolved. I believe we need greater flexibility and creativity to resolve these issues. I suggest that we should avoid navel gazing and set our eyes on the broader objectives of our negotiations. Let’s not allow the perfect to be an enemy of the good. So, I urge members to intensify our momentum on this front.”

Ambassador Tan underlined that the initiative should build confidence among stakeholders by cleaning up as many provisions as possible before MC12.

He also said it will be helpful to set a realistic target that will help guide members towards the finishing line. “This requires a delicate balancing act. We do not want to over promise and under deliver but at the same time, we have to be clear that we are heading towards a target,” he added.

In his closing remarks, Ambassador Kazuyuki Yamazaki (Japan), co-convenor of the initiative, noted that members have achieved significant progress over the past four years since the initiative was launched at MC11 in Buenos Aires. He said that the number of participating members has reach 86 and that intensive negotiation of the text has helped deepen members’ understanding of the wide range of issues concerning digital trade rules. The small group format is an important element in the negotiations, he said.

Ambassador Yamazaki added: “Our discussions on cross-cutting issues, such as data, development, market access and legal architecture, have laid the foundation for further negotiations.”