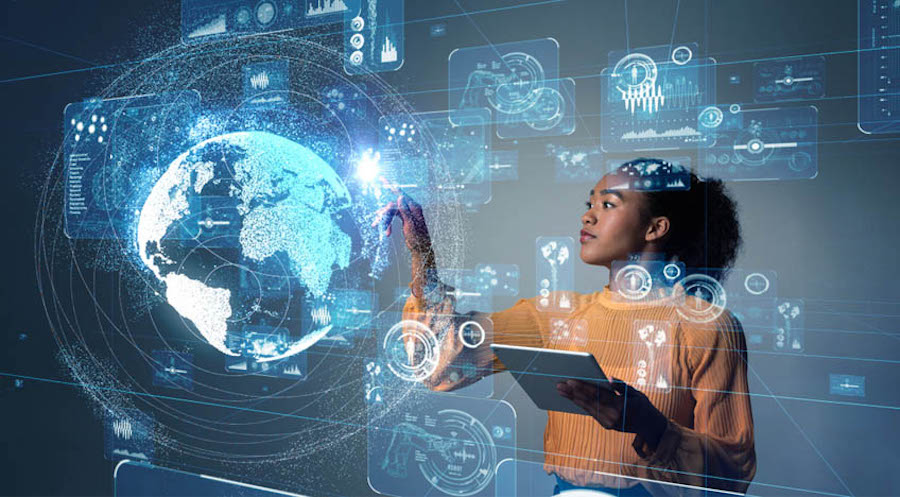 Making policy more inclusive in a digital age: lessons from those on the cutting edge

The Tony Blair Institute has been convening a series of roundtables to enable changemakers from around the world to share insights on policy areas that are at the forefront of the 21st century development agenda. Examples of recent roundtables include Africa’s tech ecosystem, tech for climate disasters, and digital identity.

In January, The Tony Blair Institute hosted a roundtable in collaboration with the World Bank and the Government of Rwanda’s Policy Lab on inclusive policymaking for the 21st century. The discussion brought together policymakers from two international organizations and six national policy labs—teams specifically set up within governments to explore innovative approaches to public policymaking.

The aim of this discussion was to look at how new tools and more connected populations were changing the ways governments design public policy, and to enable changemakers from around the world to learn from one another. This blog consolidates some of the key insights from the discussion.

What does Inclusive Policymaking in the 21st Century mean?

With this in mind, ‘inclusive policymaking’ can include building representative technology policy, using data to design more inclusive policy, and using new technology-driven methods to engage citizens in policymaking. It also became clear from the roundtable that adapting policymaking for a digital age is as much about diffusing innovation within governments as it is bringing different voices into the policymaking process. But shifting ways of working takes time, and requires convincing leaders to invest in new processes, data, and technology.

Five lessons from innovators within governments

Governments should have a comprehensive understanding of the challenge they seek to address and the people it affects before investing in an innovation.  For example, before investing in advanced EdTech, governments should understand the state of play for learners and the educational environment. What educational level are learners operating at? Can technology assist with getting learners to the level they should be operating at? If so, based on your understanding of digital access in this setting, how would that best be scaled? Importantly, it does not need to be the ‘shiniest’ tool and could be relatively low-tech. While being ambitious is admirable, participants of the roundtable in January were clear that for innovations to be most effective, innovations ought to be tailored to the context. A “one size fits all” approach does not work. A solution from one country or context might not work in another.

All the more mature labs emphasized the importance of early experimentation with products or processes to test and see what works. When new innovations are developed, the intricacies of implementation are not always fully understood in the initial stage. They recommended not to immediately implement at a large scale, but to test the approach with select pilots and evaluate. This applies to processes within the lab as well as the tools they roll out across governments. It is also important to create an environment that allows innovations to thrive when they do work. It is equally important to have an environment where failure is accepted and there is a clear mechanism to learn from those failures and build upon. When a new technology does come along, governments need to ensure they are able to advance and adopt the tech as quickly as possible.

Multiple participants emphasized how important it is to understand the broader context of the policy problem they have been tasked with solving. Participants noted that more often than not, they had treated some innovations as akin to ‘copy and paste’ – they adopt an innovation, supplant it into government without fully considering its implications on the government’s workflow or adoption. They did not have a full understanding of where this innovation might work, under what conditions it would continue to work, and where would it not work. A key lesson was to take a step back and explore what would make these kinds of data and tech-driven innovations ‘stick’ within government.

As policy labs and inclusive policymaking processes mature, they should aim to move from working as an almost separate entity to embedding systemic change within the government. There’s a path that policy labs need to go through, which is an initial experimentation phase to find the process that best works for a particular context, and then move from ad hoc initiatives to finally making the policy lab’s processes a systemic part of the government’s policymaking. Success could look like policy labs becoming obsolete because the processes will be mainstreamed.

Some labs reported initially focusing too much on particular skill sets such as data and analytics. As the labs matured, they found that they needed to diversify their skill sets to allow for a more sophisticated diagnosis of policy problems and therefore solutions. This is also consistent with the methods of design thinking, which other participants highlighted the merits of in inclusive policymaking. Design thinking, a growing movement within the policymaking space, looks at how to create meaningful user-centered experiences. It involves thinking more closely about who the users are, what their journeys look like, and where the pain points are. Going beyond getting user feedback, this approach recognizes the value of collective intelligence, and that the user of a service would be well-placed to generate insights and to co-create ways to improve their user experience. Armed with this understanding, innovators can use a range of digital tools to ensure that they engage appropriately with the right stakeholders.

The role of the private sector in bringing innovation and more inclusive policymaking to the government is enormous. Policy labs frequently articulated how a part of their objective is to create an environment that makes partnerships between the public and private sectors much more seamless. However, this is not always straightforward. In one country, private tech companies preferred to develop relations with the policy lab directly, and not other branches of the government. Alternatively, there were situations in which governments had not fostered relationships with start-ups but worked closely with bigger tech companies, so the spectrum of solutions was more limited. For policymaking to be more innovative and inclusive, it needs to establish a much stronger culture of co-creation between the public and private sectors. This means surfacing new and interesting govtech start-ups as well as benefitting from the capacity and scalability of big technology organizations.

If you are an innovator in government or even if you are not, and have thoughts you would like to share on any of the above, please do get in touch at v.murthy@institute.global or r.beacon@institute.global.