WTO members wrapped up their 11th Ministerial Conference (MC11) in Buenos Aires on 13 December with a commitment from members to secure a deal on fisheries subsidies which delivers on Sustainable Development Goal 14.6 by the end of 2019. They also committed to improve the reporting of existing fisheries subsidy programmes. In addition, members took a number of other ministerial decisions, including extending the practice of not imposing customs duties on electronic transmissions for another two years, and they committed to continue negotiations in all areas. 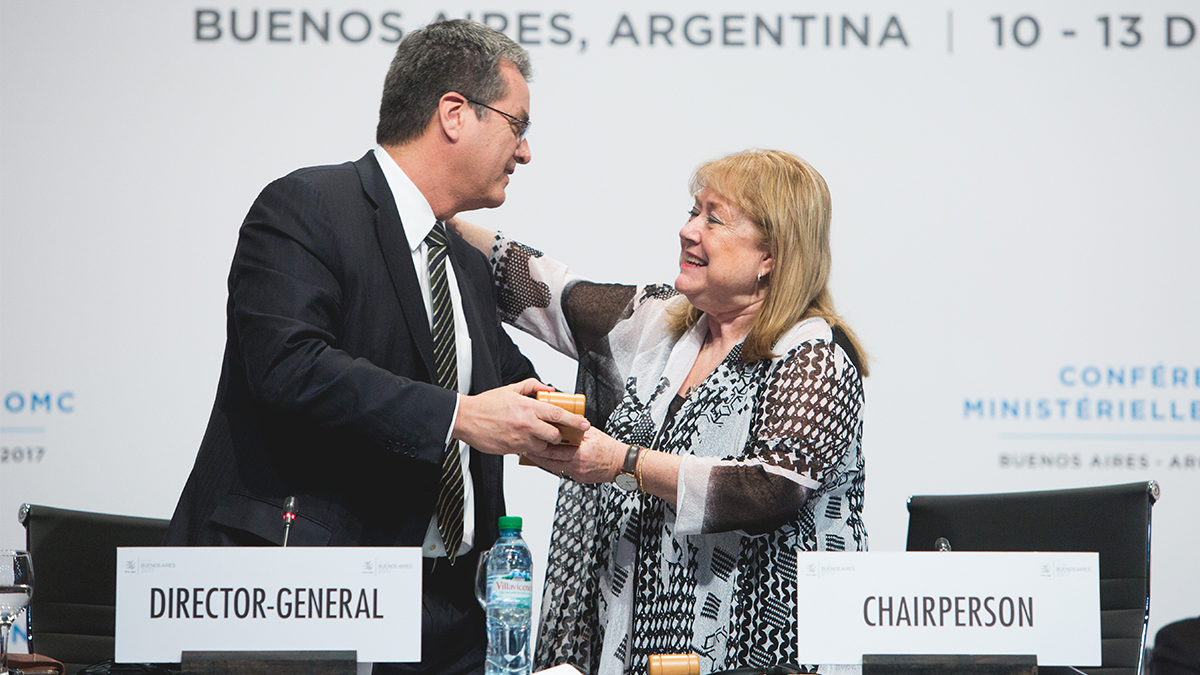 The creation of fisheries subsidies disciplines received new impetus after the adoption by world leaders in September 2015 of the UN Sustainable Development Goals (SDGs). SDG target 14.6 sets a deadline of 2020 for eliminating IUU subsidies and for prohibiting certain forms of fisheries subsidies that contribute to overcapacity and overfishing, with special and differential treatment for developing and least-developed countries.

The ministerial decision on fisheries subsidies is available here.

However, no agreement was possible in a number of the substantive issues that were under discussion at the conference. One key area where no agreement was possible was public stockholding for food security purposes. Many members regretted that this was not possible despite the mandate to conclude negotiations at MC11. Other issues under the agricultural negotiations pillar also were not concluded.

Ministers expressed their disappointment over the lack of progress, and gave their commitment to continuing to move forward on the negotiations related to all remaining relevant issues, including to advance work on the three pillars of agriculture (domestic support, market access and export competition) as well as non-agricultural market access, services, development, TRIPS, rules, and trade and environment.

The MC11 Chair, Minister Susana Malcorra, issued a Chair’s statement which she presented to the Closing Ceremony of the Conference. Her statement is available here.

The 10-13 December Ministerial Conference brought together nearly 4,000 ministers, senior trade officials and other delegates from the WTO’s 164 members and observers as well as representatives from civil society, business and the global media.