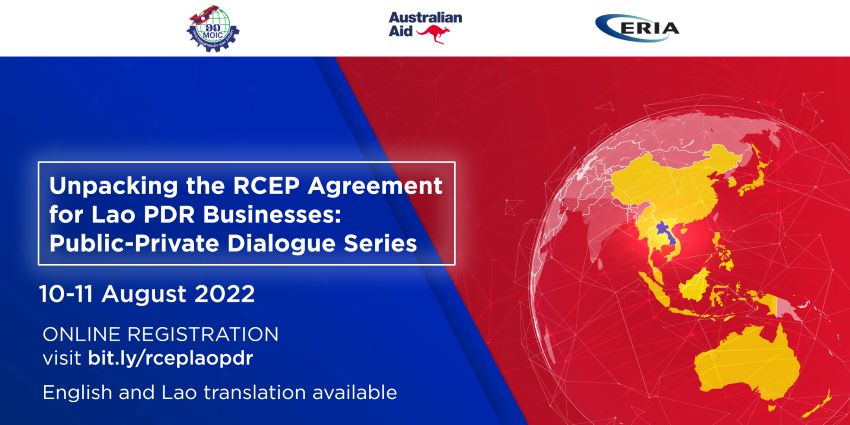 The Regional Comprehensive Economic Partnership (RCEP) – the world’s largest trade deal – came into effect in early 2022. Its 15 member countries account for 30 percent of the world’s population, 29 per cent of global GDP, 27 percent of global trade and 29 percent of global foreign direct investment. RCEP is predicted to have a trade impact of nearly US$42 billion and transform the region into the centre of global trade. The existing trade interdependency between RCEP countries will also promote the development of more complex regional value chains in ‘Factory Asia’. Although RCEP aims to consolidate existing ASEAN+1 FTAs, it has added complexity to the region’s existing overlapping bilateral and regional FTAs, while providing less aggressive tariff cuts than other modern trade agreements. RCEP’s ‘ASEAN Way’ is defined by gradual commitments which take into account countries’ various levels of development. Instead of a single tariff commitment, each member will establish specific duty reduction commitments in relation to other exporting member states with a 20-year implementation timeframe.

The RCEP agreement has great importance for business in Laos, as it will create favorable conditions for more trade, foreign investment and tourism in Laos. ERIA’s Capacity Building Programme will held a Public-Private Dialogue Series, ‘Unpacking the RCEP Agreement for Lao Businesses’, On 10-11 August 2022 (live streaming from Crowne Plaza, Vientiane) focusing on five chapters from the RCEP agreement to discuss opportunities/ benefits / challenges of RCEP along with panel of experts, private sectors and government officials.