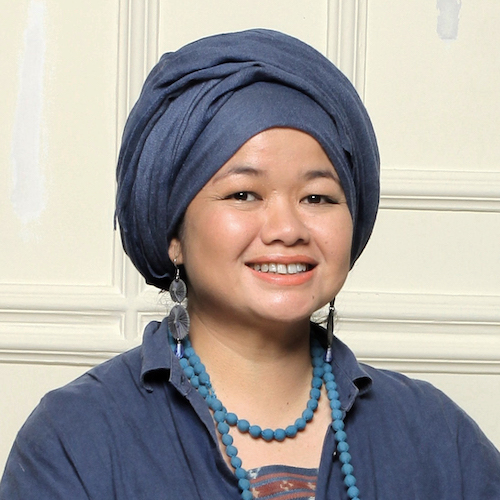 Helianti is the Founder of Javara, a lead promoter of Indonesia’s food biodiversity heritage which products can be found on national and global markets. Helianti’s objective is to connect people with nature and culture through products inspired by Indonesia’s wealth on food biodiversity and indigenous knowledge on sustainable food system. Fun fact about Helianti: She was a former entertainment lawyer and has a passion for photography.

After a successful international career as a lawyer, Helianti wanted to create something that will serve humanity and promote the culture of Indonesia, her country of origin. Her passion for adventurous travelling, interaction with people of all walks of life, food gardening and cooking led her to create a food brand that connects people with nature and culture. In 2008, Helianti founded PT. Kampung Kearifan Indonesia, also known as Javara. Javara is a value-driven food company that turns Indonesia’s food biodiversity heritage into organic artisanal gourmet food products.

I am glad to be an example of how a traditional business can operate a digital transformation.

Helianti has significantly contributed to celebrate, revive and mainstream Indonesia’s indigenous wisdom and food culture heritage by making them relevant to the market, whilst creating inclusive businesses. In addition, as she believes in the power of entrepreneurship to answer the need of creating inclusive business opportunities in rural and remote Indonesia, Helianti founded Sekolah Seniman Pangan, an action-based food entrepreneurship school where rural youth can learn and practice critical business skills. Her work has been impacting tens-of-thousands farmers and artisans across Indonesia as well as inspiring more young people around the world to follow her steps.

Throughout the time, Helianti Hilman has become the lead promoter of Indonesia’s food biodiversity heritage and won several awards:

Helianti is now globally recognized as an expert and resource person in the area of indigenous food system, commercialization of food biodiversity and social entrepreneurship.